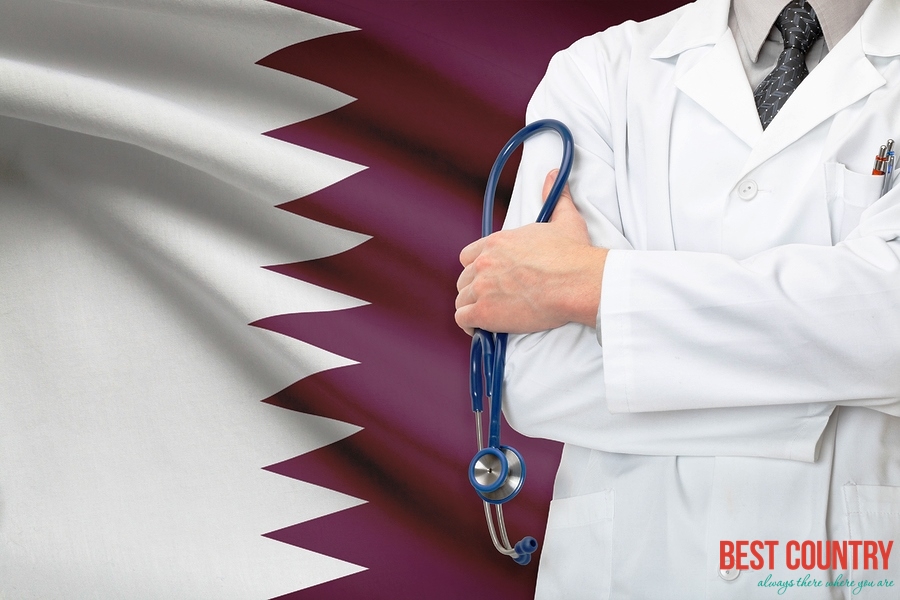 Qatar, a nation rich in oil and gas natural reserves, is located in the Middle East and is neighboured by Saudi Arabia and Bahrain. With a land area of 4,184 square miles, the population was estimated to be 825,000 at the start of 2008.

The World Health Organisation (WHO) recently ranked Qatar at the top of the per capita health expenditure list among the Gulf Cooperative Council (GCC).

This expenditure has had a positive effect on some vital health statistics for the country. For example, the crude death rate in 2006 was 2.09 per 1,000 of the population. The total fertility rate and the average life expectance at birth for the same period was 2.67 and 75.8 years respectively.

The National Health Authority (NHA) was established in 2005 to replace the Ministry of Public Health. The NHA overseas the necessary medical services and entrusts them to public health institutions, the main one being the Hamad Medical Corporation (HMC).

The capital city, Doha, has numerous hospitals and clinics. Health centres have also been set-up along the highways for ease of access.

Since the country opened its first hospital 50 years ago, many changes and improvements have been introduced.

The healthcare system is available to all; whether you are a national, expatriate or a tourist. Qatar has a public health service that provides free or highly subsidised healthcare and, generally speaking, it is of an excellent standard.

The one possible exception to this may be treatment for highly specialised services. Although the healthcare system has been substantially improved, it is not without its problems. A growing population, coupled with an increased need for expensive treatment, is costly to run.

Although healthcare is free or highly subsidised, as an expatriate or tourist, it is likely that you will have to pay some of your medical costs.

For these reasons it is recommended that tourists and expatriates avail of international health insurance.

One of the main focuses for preventative healthcare is the fight against contagious diseases. As such, Qatar has a comprehensive list of vaccinations for newborns and was one of the first countries to add an anti influenza vaccine to this list. As well as contagious diseases, a section was set up for non-communicable conditions such as tobacco addiction, accidents and a unit dedicated to nutrition.

There are 9 hospitals in Qatar, 5 of which are government operated and 4 which are privately run. In 2006, there were a total of 2,077 hospital beds, which equates to approximately 25 beds per 10,000 of the population.

Some of the main hospitals include the Hamad General Hospital, which has 616 beds covering all general medical areas, with specialities in paediatrics, surgery and internal medicine; the Rumaillah Hospital and the Al Amal Hospital, a ground-breaking specialist centre for the detection, treatment and rehabilitation of cancer. In 2006 there were 27.6 physicians and 73.8 nurses per 10,000 of the population.

The ambulance service received a major boost in numbers in 2002 and, as such, ambulances are available nationwide. As a result, there is a low average response time to an emergency call. To further improve the service, ambulances are linked to the Hamad Hospital via satellite.

The NHA, working to international standards, controls the manufacturing and marketing of drugs. There are numerous pharmacies in Qatar, with some having late opening hours.

Non-natives, and those who are not used to searing summertime temperatures, can be susceptible to sunstroke and sunburn as temperatures often reach 50°C during the summer months. Dehydration is also something to be aware of. Respiratory problems arise due to the dust and sand in the air. For some expatriates, alcoholism is also a condition that has been noted by the medical staff of Qatar.