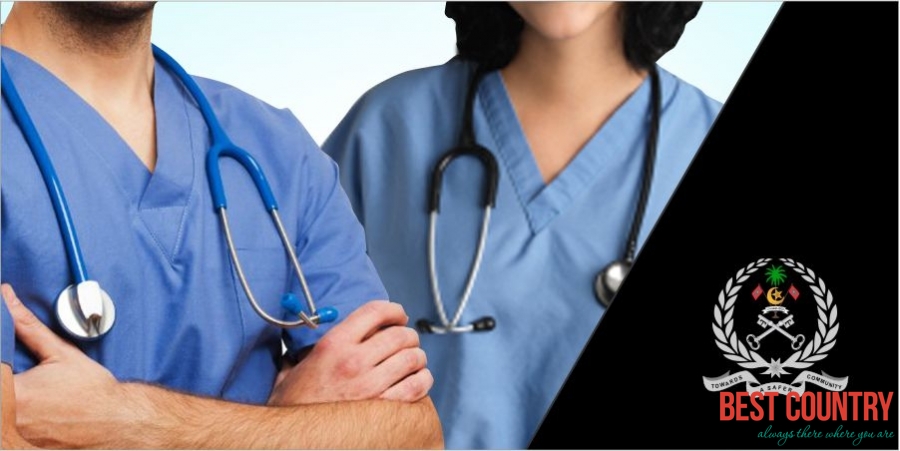 In Maldives the Ministry of Health is responsible for the delivery of health services.

Despite government efforts, a major constraint facing the health sector in the early 1990s is a shortage of skilled personnel and health facilities. The WHO reported in 1989 that the population per physician was 7,723.

However, when the ratio for Male was separated from that for the atolls, the acute shortage of physicians for the majority of Maldivians became even more obvious.

These ratios were derived from a 1989 total of sixteen physicians: twelve in Male and four in the atolls. Also, in 1989 only one dentist was located in Male.

Maldives' medical establishment in the early 1990s consisted of the Male Central Hospital, four regional hospitals, two in the north and two in the south, and twenty-one primary health care centers.

The Central Hospital maintains ninety-five beds, and the four regional hospitals have a combined total of sixty-one beds. In 1992 thirty physicians and seventeen medical specialists worked in the Central Hospital.

Furthermore, the government opened the Institute for Health Sciences in 1992, and the 200-bed Indira Gandhi Memorial Hospital was scheduled to open in 1994.

Each administrative atoll has at least one health center staffed by community health workers. Most of the inhabited islands also have traditional medical practitioners.

However, it was reported in the early 1990s that the atoll hospitals and health centers could only treat minor illnesses. Routine operations could be performed only in Male Central Hospital, which had Russian physicians.

To provide better health facilities in the outer islands, the United Nations Children's Fund (UNICEF), in collaboration with the Maldives government, outfitted two boats to be used by mobile health teams.

In 1985 two mobile health teams were dispatched from Male, one to the north and one to the south. Each team included a primary health care worker, a nurse, a family health worker, a malaria fieldworker, three community health workers, and a government official.