As the Maldives comprises more sea than land, it is only natural that fish (mainly tuna) have always been the most prominent element of Maldivian food. 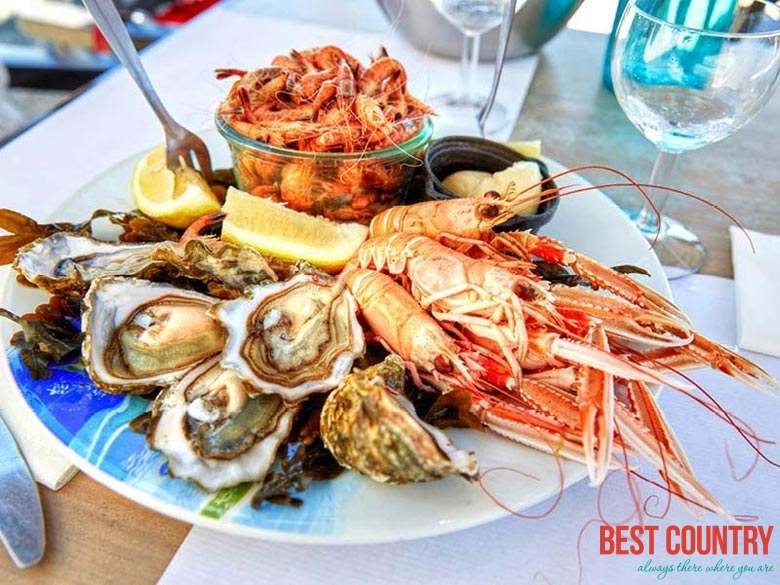 However, with travelers from different parts of the world, new seasonings and vegetables were introduced in to the country and added to the existing (limited) repertoire of seafood and tubers (e.g. taro & sweet potato). Each new discovery was incorporated into the diet in quantities most palatable to Maldivians.

A traditional meal consists of rice and garudhiya (fish soup), with fish, chilli, lemon and onion. Curries are also used instead of garudhiya. Fish paste known as rihaakuru is also a fine side dish.

Alternately, roshi (chapati) and mas huni (made of grated coconut, fish, lemon and onions) are a popular dish. Fried yams are also widely eaten. Sweet dishes include custard, bodibaiy (rice mixed with sugar) and fruits such as bananas, mangoes and papayas. 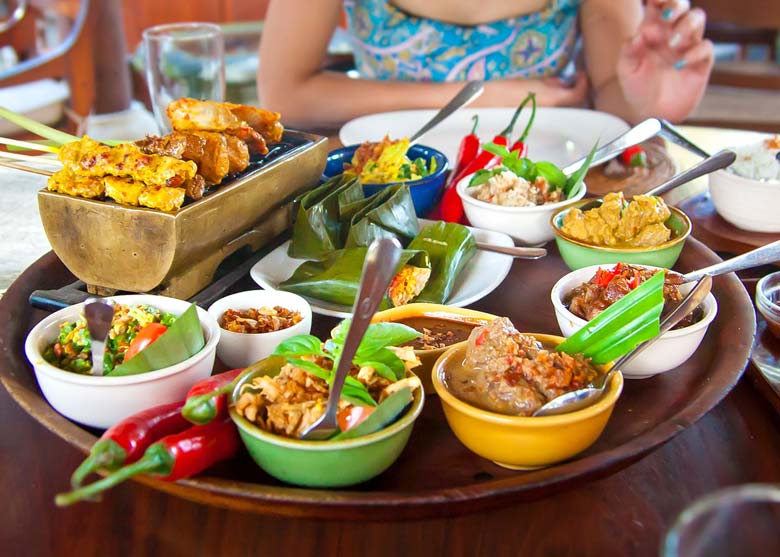 Traditional dishes can still be found in the local islands during Eid, Maloodh, and other festivals and occasions such as christening of a child, marking the anniversary of a death. The traditional dishes are now less common in the Maldives as western items like bread, sandwiches, margarine, jam, noodles and pasta are introduced.

The resorts offer diverse international cuisine including oriental, Middle Eastern, Indian and continental ones. Most resorts have more than one restaurant to cater the needs. For light snacks and refreshments the coffee shops in the resorts are ideal.

Breakfast, lunch and dinner are the 3 main meals and afternoon tea with snacks a favourite past time. These days a mid-morning breakfast taken around 10 or 11 is also normal. Festival days of Eid and the Holy month of Ramadan see Maldivian kitchens become very busy.

Most drinks in the bars and restaurants are included in the all-inclusive package, including (all by the glass only) mineral water, house wine, beer, cider, gin, vodka, rum, fruit juices (pineapple, orange, mango), and fizzy drinks (Coke, Sprite, different flavours of Fanta).

If you want bottles of wine, bottles of water, cocktails, or anything else not included then you just sign for it and it goes on your bill at the end of the week As the Maldives are fairly strongly Muslim, alcohol is banned for the local population..

Raa (toddy tapped from palm trees, sometimes left to ferment and thus slightly alcoholic - the closest any Maldivian gets to alcohol).

There's a "Sports Cafe" next to the dive centre which sells a small variety of sandwiches, salads and toasties for between US$3.50 - US$9.00, from 10am to 10pm. Also, a "Maldivian Tea House" which serves tea, coffee, toasties, and local snacks in the afternoons.

Fish is the main item in Food of Maldives. The most favorite fish loved by all is skipjack tuna, either dried or fresh. Other favorite fishes are little tuna or ‘latti’, yellow fin tuna or ‘kanneli’, frigate tuna or ‘raagondi’, bigeye scad or ‘mushimas’, wahoo or kuruma and Mahi-mahi or fiyala.

These are generally taken in boiled or processed form. The processed tuna pieces are used mainly in pieces or in shavings. The raw or the still soft processed tuna is cut into half an inch thick sections to make curries. Dry processed tuna is mainly used to make light bites called ‘gulha’, ‘kavaabu’ and ‘fatafolhi’.

Dishes are often hot, spicy and flavored with coconut, but use very few vegetables. A traditional meal consists of rice, a clear fish broth called garudhiya and side dishes of lime, chili and onions.

Gulha: Savoury fried fish balls in a covering of flour or rice paste. Eaten with tea.