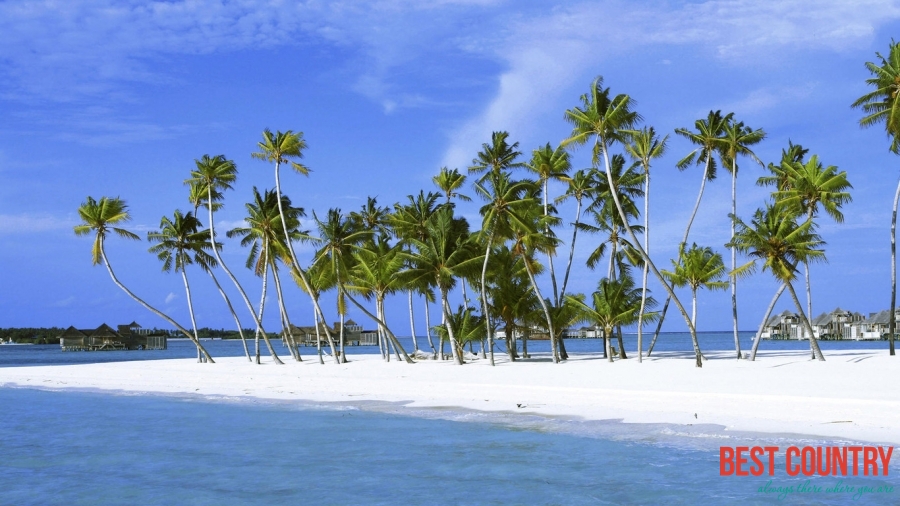 The temperature of Maldives ranges between 24 and 33 °C (75.2 and 91.4 °F) throughout the year. Although the humidity is relatively high, the constant sea breezes help to keep the air moving. Two seasons dominate Maldives' weather: the dry season associated with the winter northeast monsoon and the rainy season brought by the summer southwest monsoon. The annual rainfall averages 2,540 millimeters (100 in) in the north and 3,810 millimeters (150 in) in the south.

The weather in Maldives is affected by the large landmass of the South Asia to the north. The presence of this landmass causes differential heating of land and water. Scientists also cite other factors in the formation of monsoons, including the barrier of the Himalayas on the northern fringe of the South Asia and the sun's northward tilt, which shifts the jet stream north. These factors set off a rush of moisture-rich air from the Indian Ocean over the South Asia, resulting in the southwest monsoon. The hot air that rises over the South Asia during April and May creates low-pressure areas into which the cooler, moisture-bearing winds from the Indian Ocean flow. In Maldives, the wet southwest monsoon lasts from the end of April to the end of October and brings the worst weather with strong winds and storms. In May 1991 violent monsoon winds created tidal waves that damaged thousands of houses and piers, flooded arable land with seawater, and uprooted thousands of fruit trees. The damage caused was estimated at US$30 million.

The shift from the moist southwest monsoon to the dry northeast monsoon over the South Asia occurs during October and November. During this period, the northeast winds contribute to the formation of the northeast monsoon, which reaches Maldives in the beginning of December and lasts until the end of March. However, the weather patterns of Maldives do not always conform to the monsoon patterns of the South Asia. Rain showers over the whole country have been known to persist for up to one week during the midst of the dry season.