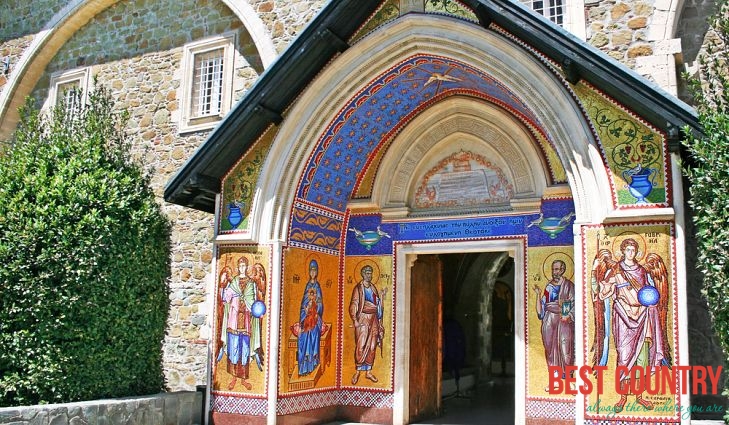 The majority religion in Cyprus is that of Greek Orthodox Christianity. According to 'Operation World' 2001 edition, 74% of people in Cyprus consider themselve to be Greek Orthodox.

Since this statistic covers the whole island, and there are few Christians in the North, this means that probably 80% of people in the South are affiliated in some way with the Greek Orthodox Church. This is part of the Eastern Orthodox communion.

There are several Orthodox churches in each town, and between towns, of varying sizes. While many people only attend at major festivals, there are some who visit their local church not just on Sundays, but on Saints' days and other midweek services too.

The services are in Ancient Greek, and are often relayed on loudspeakers outside the buildings.

People come and go as they wish - the services can last two hours or more, but it's not unusual for people to be coming and going throughout. Men and women sit on different sides of the church.