Cyprus coffee is unique and unlike most types of coffee served in Europe. Cyprus coffee is brewed in small, long handled pots, called “mbrikia” and those were traditionally made of copper. Cypriot coffee is made from fresh coffee beans Brazilian. 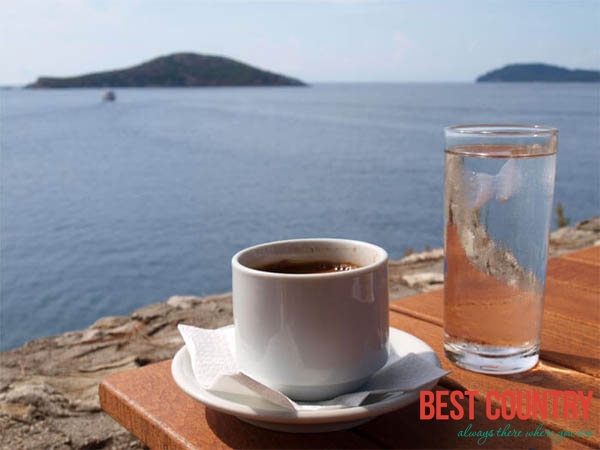 How cyprus coffee is made:

One heaped teaspoon of coffee is added to each demitasse of cold water, then sugar is added as the water is still cold. You can add the amount based on how sweet you want your coffee "glykis" , medium "metrios", or unsweetened "sketos".

The "mbrikia" are heated on the stove or in small trays filled with heated sand that transfers the heat in a more uniform and smooth manner. When the sugar has dissolved, the coffee is allowed to come to the boil, forming a creamy froth known as "kaimaki" on top. As the froth turns in from the sides, the coffee begins to rise and the pot is removed from the heat.

Traditionally, Cyprus coffee is always served in small cups along with a glass of cold water. The coffee is considered strong and it is sipped slowly.

At the bottom of the cup, there is a thick layer which should not be drunk. Fortune tellers have a used though for it who "interpret" the dried patterns left behind.

Once done with the coffee, the cup is turned upside down and left there for a while until is dry. After that the cup is turned around again and the patterns shown are supposed to reveal something about the person’s future.