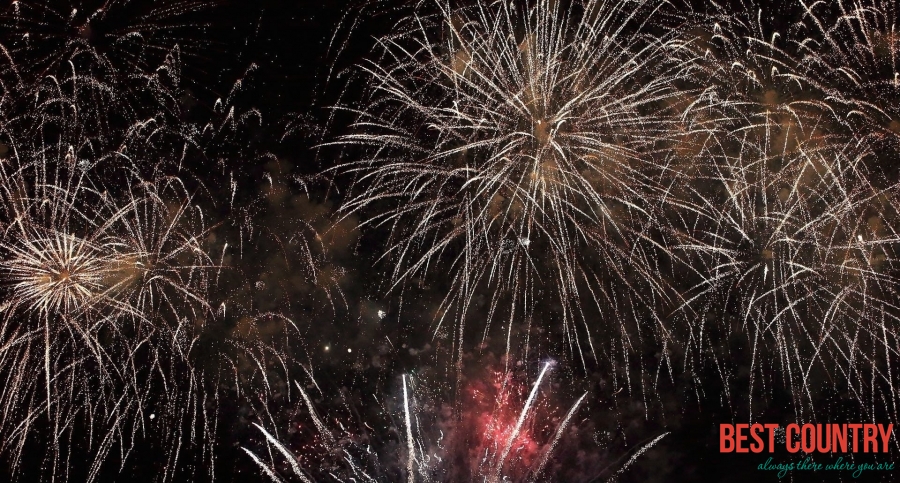 There are many festivals in Cyprus during the calender year celebrating life in Cyprus, these festivals should not be missed when you are on vacation in Cyprus. The Cypriot people take their family, friends and festivals seriously and love to entertain guests to the Mediterranean island of Aphrodite.

Epiphany - throughout the island (January)

Also known as Kalanda, the Greek Orthodox celebration of Epiphany is one of the most important in the religious calendar for Greek Cypriots. Often referred to as the Feast of the Light, it commemorates Christ's baptism and is symbolic of the rebirth of man.

According to tradition demons appear on Christmas Day, and play evil tricks on people for the next 12 days. On the 5th of January Cypriots congregate in church to bless the waters, which have held the evil spirits. The priest then visits houses, cleansing them of spirits and demons.

Mass is held on Epiphany Day after which a procession makes its way to the sea. Here a ceremony known as the Blessing of the Sea is held, during which doves are released and a crucifix is thrown into the water which youngsters dive in to retrieve.

Although Epiphany is celebrated by the Greek Cypriot community in a number of coastal towns in the south of the island the most dramatic service is held in Larnaca.

There are many carnivals held in Cyprus but nothing compares to the spectacular Lemesos (Limassol) Carnival. The festival begins two weeks before the start of lent. The festival opens with the parade of the Carnival King entering the town, signaling the start of masquerades, feasting and partying.

The festival is divided into two parts. The first week is known as Kreatini (Meat Week), which is the last week for eating meat before Easter. The second week is known as Tyrini (Cheese Week). Cheese and other dairy products are consumed during this week.

During this festival you will see minstrels wandering the streets with guitars and mandolins, masquerading, children’s parades and fancy dress. There are balls held in many of the hotels nightly. The Festival culminates in the Grand Carnival Parade which takes place on the last Sunday of the festival before Green Monday (the first day of lent).

The first Sunday following the full moon of the spring equinox sees the biggest Orthodox festival of the year, which is well worth witnessing.

During the week leading up to Easter, known as Megali Evdomada (Great Week) many traditionalists refuse to eat meat or fast completely. During this period you may well find a wider selection than usual of vegetarian dishes available in the local restaurants.

Following morning Mass on Holy Thursday, it is traditional for women to paint eggs red and do their Easter baking. In the evening icons in the church are draped in black.

In the evening of Good Friday the sepulchre is decorated with flowers and a procession of flower images of Christ are carried through the streets. People carry candles to mark Christ’s death.

On Easter Saturday the black drapes come off the icons and the congregation raps their seats to express their joy and chase the demon of Hades away. At midnight everyone gathers for Mass then bonfires are lit and effigies of Judas are thrown onto them.

Easter Sunday and Monday are family days and it is customary to roast lamb outdoors on the spit or in big clay ovens - celebrations may continue all day long.

In the morning or late afternoon, performances of folk music, dance, jazz and classical music can be seen in Larnaca (opposite the Municipal Hall), Limassol (Municipal Gardens) and Pafos (Castle Square or Central Kiosk).

A traditional Athens festival originally in honour of Dionysus, the God of theatre and parties. Dating back to ancient Greek times, the “Anthestiria” were also the festivals of souls, plants and flowers that celebrated the rebirth of man.

During the Anthestiria Flower Festival exhibitions of plants and flowers can be seen as well as a parade of beautiful, aromatic and colourful flowers is taken down the Poseidon Avenue to the old harbour in Kato Paphos.

The word Anthestiria is a derivative of the Greek word "anthos", meaning flower.

Music lovers would well be advised to put this festival at the top of their list. This is a festival of classic and modern music in the beautiful Abbey of Bellapais The 13th century abbey is not only a beautiful setting but boasts exceptional acoustics and atmospherics.

Famous musicians from across the globe come to Cyprus to perform to the delight of the locals, expat and holiday community. Most of the performances start at 9 p.m. and early booking is advisable as tickets sell out quickly.

Kataklysmos is a five day festival which coincides with Pentecost and is held 50 days after the Greek Orthodox Easter. The festival of the Flood is celebrated in coastal towns throughout Southern Cyprus, the biggest celebrations are held in Larnaca.

Although the origins of the festival are not clear it is believed by some that it derives from ancient ceremonies honouring Adonis and Aphrodite.

The main focus of the festival is a great procession to the sea where people sprinkle water over each other. On the waterfront you can watch folk dancers and listen to Greek and Cypriot singers as well as buy traditional Cypriot food from the many kiosks that line the promenade. During the celebrations you can also witness boat races and swimming competitions.

Every June the ancient amphitheatre of Curium is the venue for The Shakespeare Festival. The annual production is organized by The Performing Arts for Cyprus Charities. The event attracts large audiences from both Cyprus and abroad, and raises thousands of Euros for charity.

On the 28th and 29th, the Bishop leads a procession through Pafos, carrying an icon of Saint Paul.

The Nicosia International Arts Festival is a two-week festival of art exhibitions, theatre, music and dance bringing International performers from around the world to Cyprus. Events take place at venues all over city, in particular the Famagusta Gate Cultural Centre.

For 10 days the city Municipal Gardens are the venue for a programme of music, song and dance by both international and local artists.

Since it started in 1987 the International Famagusta Art and Culture Festival has grown in size and popularity. The festival is organized by the municipality and takes place at venues in and around Famagusta. The festival is intended to promote Northern Cyprus as a centre for art and culture by hosting theatre and musical performances.

The town of Guzelyurt in the north/west of the island comes to life celebrating the orange harvest, with fairs, daily concerts, talks and traditional dance. This festival is a favourite amongst the local Cypriots.

There's nothing quite like the spectacle and atmosphere of watching a Greek play by candlelight on a balmy summer evening in an open-air ancient theatre.

A festival of popular works is staged from June to August in some of the old theatres, such as the Kourion and Pafos Ancient Odeion. Though they are performed in the original Ancient Greek, they are surprisingly easy to follow (and a précis of the plot is provided in English if you are struggling).

A month of dance, theatre and music performed by both local and international artists in the courtyard of the Larnaka Medieval Fort and Patticheion Municipal Amphitheatre.

The Limassol Beer Festival is a three day event held in the Molos area of the original town centre. As well as the chance of sampling some fine beers from around the world, festival goers can enjoy traditional Cypriot food and listen to a variety of live music.

This cultural event is organized by the Cyprus Tourism Organization and the Cyprus Theatre Organization. Performances of ancient dramas and comedies are presented in Greek and are held in the ancient Theatre of Citrium, 19 km west of Limassol.

Every year an opera troupe performs at this popular event which takes place at the Medieval Castle in Paphos.

When relatives and friends get together for a drink, a dance and a song - this is a chance to get a flavour of true Cypriot life. Festivities can include folk music and dance, exhibitions of agricultural products, flowers, folk art, photography, painting, silverware and (particularly in Lefkara and Omodos) embroidery.

A fantastic opportunity to see films that don't normally reach the big screen and a chance to meet film makers and offer your encouragement, accolades and constructive criticism.

The Olive Festival is a celebration of the harvesting of the famous Cyprus olive, the event is held in the village of Zeytinlik about 1km from Kyrenia and provides an array of cultural events.

During the first quarter of September, the great Wine Festival of Cyprus takes place in the Municipal Garden of Limassol, every evening between 20.00 hrs - 23.00 hrs.

During the festival the visitor has the chance to taste some of the best Cyprus wines, which are offered free of charge. On some evenings, various groups from Cyprus and abroad perform folk dancing and there are also choirs and others.