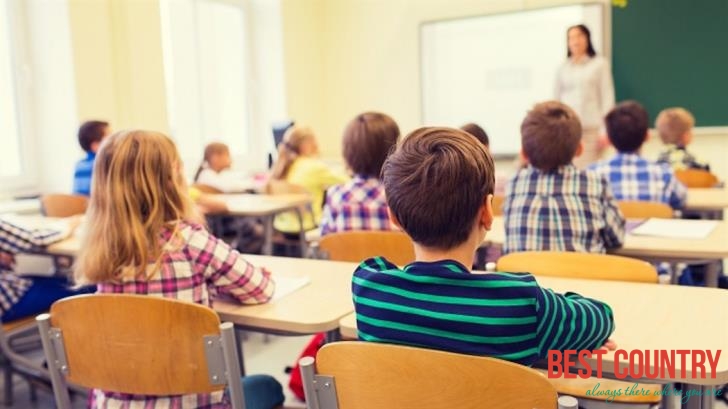 The Education system in Cyprus consists of the following stages:

Pre-Primary Education is compulsory for all children between 4 8/12 – 5 8/12 years old. Children are also accepted over the age of 3.

This level of education aims to satisfy the children’s needs for the development of a wholesome personality in an experiential environment which enables them to recognize their capabilities and enhance their self-image.

Primary education is compulsory for all children over the age of 5 8/12 and has duration of 6 years. The aim of Primary Education is to create and secure the necessary learning opportunities for children regardless of age, sex, family and social background and mental abilities.

The curriculum includes core lessons, interdisciplinary subjects and a variety of extracurricular activities.

Instead of the Lyceum, pupils may choose to attend Secondary Technical and Vocational Education which provides them with knowledge and skills which will prepare them to enter the workforce or pursue further studies in their area of interests.

There are also private schools, mostly English-speaking, of varying quality and price which can be found on our web directory.

Since Cyprus is now in the European Union, and ex-pat children from all over Europe are encouraged to live here, state schools do provide extra intensive Greek lessons for children who do not speak the language.

Pre-school education is offered from the age of about three, and has recently become compulsory from the age of four years and eight months – i.e. for one year before starting school. This is roughly equivalent to the Reception class in the UK, or Kindergarten in the USA.

Gymnasium level education is compulsory, and in practice the majority of students also attend Lyceum, although it’s possible to go instead to a technical college for those who prefer more practical learning.

Foreigners sometimes choose to educate their children at home; at the time of writing there are about 15 families on the island who home educate, using various methods, according to the regulations (if any) of their home countries.

As in the UK, the Cyprus school year is divided into three terms. There is no week-long half-term break in the middle, but there are several public holidays for religious and cultural occasions. The page about public holidays has more details.

The school year begins in September, with the first term ending shortly before Christmas. The Christmas break lasts until just after January 6th when the spring term begins, and lasts until just before Holy Week (the week before Easter).

Christmas and Easter are major festivals in the life of the Greek Orthodox Church, so each has a two-week break from school.

The Summer term then starts a week after Easter, and continues until early June; the summer break lasts nearly three months – longer than the usual 6-week holiday in the UK, but since temperatures are so hot during the summer, it would be impractical for children to continue at school.

As with many warmer countries, the school day begins fairly early – between 7.30am and 8am, depending on the school – and ends at lunchtime (usually around 1.15pm at primary level, a little later for secondary schools).

There are a couple of recesses during the morning when children can play outside and eat a snack, if they have brought one. But they all go home for lunch. Cypriots tend to eat at around 2pm, followed by a siesta.

This doesn’t mean that school children have the rest of the day to themselves, however. Extensive homework is given, starting with the very youngest children who are given up to an hour of language and math’s work to do each day.

By secondary level at least two hours of homework is expected each day, and much of it is ‘busywork’ – long pages of examples of the day’s lessons to be done alone.

Children work at the same level within a class, and if they do not achieve the expected grades through the year, they can be kept back to repeat a class with younger children. This is very different from the British system where children stay with their peers and work in ability groups or streams within a class.

There are some selected public schools within cities that follow an all day program. This program starts with lunch and runs through till 4 pm. This is particularly useful for either working parents or foreigners with children who are learning the Greek language.

These Children are fed at school for a little extra cost, this is worked out according to how many days of attendance there are in a particular month, but it averages out to about 50 Euros monthly.

The afternoon program allows students to carry out their homework under the supervision of the teachers at the school and is especially helpful when the parents don’t speak Greek or do not have enough knowledge of the Greek language to instruct their children at home.

All the schools in Cyprus have a compulsory school uniform, which is nearly always either grey and white, or navy blue and white. Tracksuits in grey are worn for sports during the winter.

Girls are usually allowed to wear trousers as an alternative to skirts, but each school will have its own requirements. Uniform can be bought at most standard children’s clothing shops, and some supermarkets.

There are a few special schools for those with disabilities in Cyprus, although not as wide a variety as is found in Western European countries.

Unfortunately, there is not much provision for children with special needs in other areas of Cyprus, but the issue is currently being assessed and in some Limassol public schools there are now units and integration programs for children with special needs, catering for deaf and blind children and also Autistic spectrum disorder, knowledge of which is increasingly being addressed on a day to day basis.

Education in the Arts

Despite a wonderful heritage of theatre, art, dance and music, these subjects are barely touched upon in the state schools, which tend to focus more on academics.

Although there are no full-time schools devoted to the Arts, there are many small institutes, also confusingly known as schools (or ‘Odeon’s’) which provide teaching in music – mainly voice, piano, guitar and violin. Many of these teach students for British music exams in RSM or Trinity/Guildhall, and are found in residential areas in most of the cities.

Teaching in brass or woodwind instruments is less common, although the Larnaca Municipal Band has a training school for these instruments. It’s also sometimes possible to find a private teacher – as with many things in Cyprus, word of mouth and personal recommendations are really the only ways to find these.

Costs of music lessons in Cyprus are less than in the UK, ranging from about £7.50 per hour up to around £15 per hour.

There are schools for dancing of various types, and a small number of theatre/drama schools. Probably the best drama teaching for children and teenagers is at Theatre Antidote, in Larnaca. Art classes can sometimes be taken at weekends. You will need to check the local papers, or adverts in the supermarkets to find what is available – or ask your neighbors and friends.

At present, public and private universities operate in Cyprus.

The State Institutions of Higher Education, offer vocational programs of study with a duration ranging from one to three academic years. These programs do not provide access to second cycle programs.

The leaving certificate or equivalent qualification is a prerequisite for access to the programs offered by State Higher Education Institutions and candidates for entrance to a particular program are ranked according to their performance in the Pancyprian Examinations.

The competent body for quality assurance and accreditation of the programs offered by Private Institutions of Higher Education is the Council for Educational Evaluation-Accreditation (Symvoulio Ekpedeftikis Axiologisis Pistopiisis, SEKAP), which is a member of ENQA. At present, a number of programs offered by the Private Institutions, have been evaluated and accredited by SEKAP. These programs fall into the following categories:

Academic and Vocational programs of study lead to the following qualifications: Certificate (1 year), Diploma (2 years) and Higher Diploma (3 years). For access to these programs the leaving certificate (apolyterion) or equivalent qualification is a prerequisite.

First cycle programs (4 years), lead to the award of a Bachelor Degree. For access to these programs the apolyterion or equivalent qualification is a prerequisite.

Second cycle programs (1 to 2 years) lead to the award of a Masters Degree. The prerequisite for access to these programs is the Bachelor, or equivalent qualification.

The competent national body for the recognition of higher education qualifications is the Cyprus Council for the Recognition of Degrees (Kypriako Symvoulio Anagnorisis Titlon Spoudon, KYSATS).

The establishment of a Quality Assurance Agency has been approved by the Council of Ministers of the Republic of Cyprus.

The aim of this Agency is to promote quality assurance in both the public and the private institutions of higher education, through various measures which include external accreditation and development of internal quality culture.

These efforts are in line with the Berlin Communiqué, the ENQA Standards and Guidelines on QA, as accepted by the Bergen Communiqué and the Agreement on Quality Assurance in the EU.