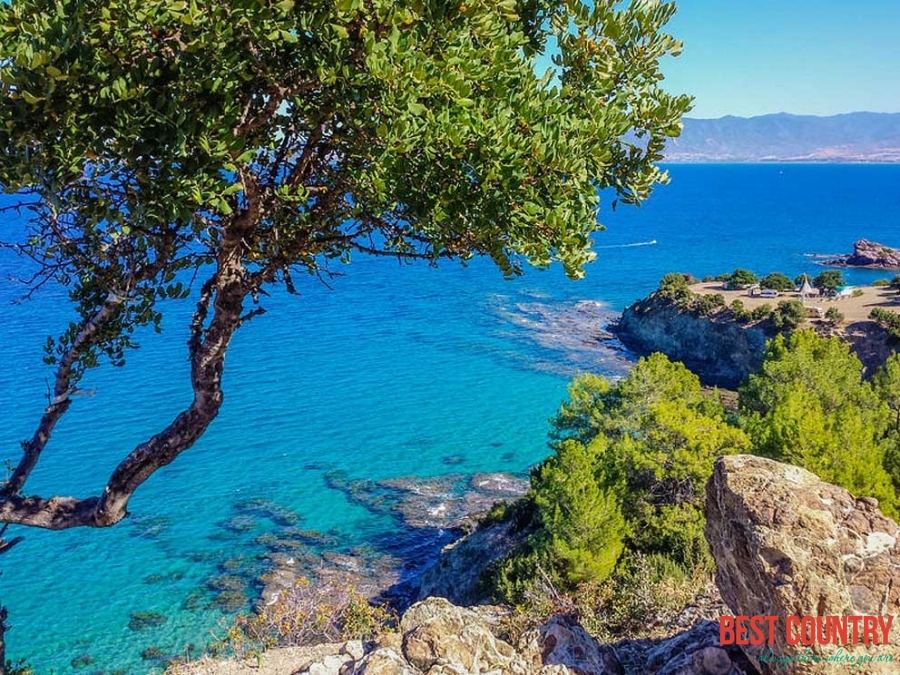 Cyprus has a subtropical climate – Mediterranean and Semi-arid type (in the north-eastern part of island) – according to Köppen climate classification signes Csa and Bsh, with very mild winters (on the coast) and warm to hot summers. Snow is possible only in the Troodos Mountains in the central part of island. Rain occurs mainly in winter, with summer being generally dry.

Sunshine hours on the coast is around 3,400 per year, from average 5–6 hours of sunshine / day in December to average 12–13 hours in July. This is about double that of cities in the northern half of Europe, for comparison: London – 1,461, however in winter up to some times more sunshine, for comparison: London has 37 hours while coastal locations in Cyprus has around 180 hours of sunshine in December (that is, as much as in May in London).