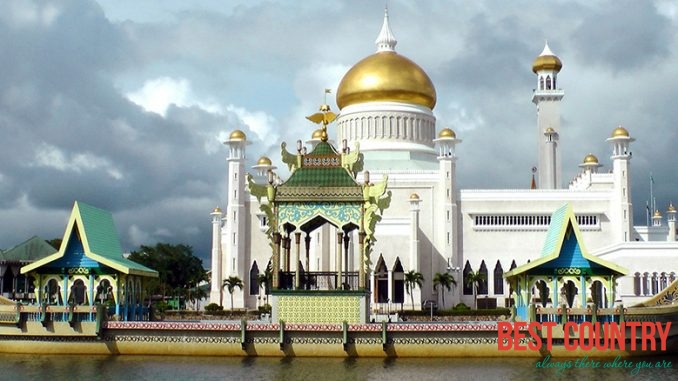 Brunei is officially known as Brunei Darussalam. The word Darussalam literally means 'the Abode of Peace'. The Constitution identifies Islam as the official religion of Brunei.

However, the Constitution does not impose any kind of restriction on the practice of any other religion.

The Constitution clearly ordains Islam to be the official religion as per the Shafite sect which is one amongst the four established Muslims School of Jurisprudence.

Apart from Islam, other religions like Hinduism, Buddhism and Christianity are also practiced in Brunei.

Hindus and Christians constitute an equal percentage of the population (around 10%). While there is no restriction upon the existence of other religions, preaching and conversion are strictly prohibited.

Islam in Brunei was first advocated by the 14th century ruler Awang Alak Betatar. He was the first ruler to adopt the religion.

Since then Islam went on to extend its influence over Brunei and became an integral part of its life.

A synthesis between the indigenous Malay and Islamic cultural forces was achieved with the adoption of the Malay Islamic Monarchy.

Brunei religion or Islam has percolated in all aspects of the life of its people.