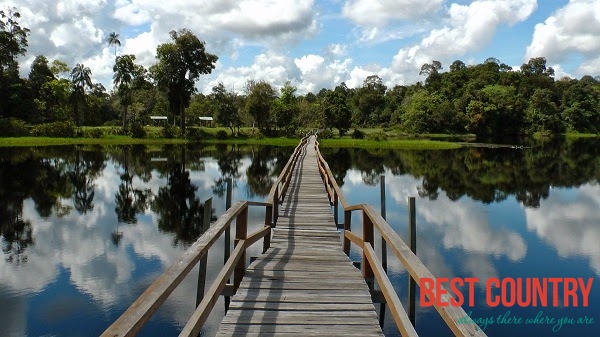 Temperatures in Brunei remain high all round the year. The average daily temperature in Brunei usually varies from 24C to 30C.

Though temperatures may reach 33 to 40 degrees, the heat is moderated by the sea breeze especially in the coastal region.

The hottest months are March and April. Besides having high temperature, Brunei climate is characterized by high humidity that ranges from 70% to 100%.

The weather of Brunei thus remains hot throughout the year.

Equatorial monsoon winds, blowing from over the sea, influences the climate of Brunei to a great extent.

Heavy rain falls during the northeast monsoon which is from December to March. The intensity of rainfall decreases during the southwest monsoon that is from May to October.

Brunei weather is affected to a large degree by tides that are a frequent occurrence. Brunei climate therefore is hot and humid with heavy rainfall.