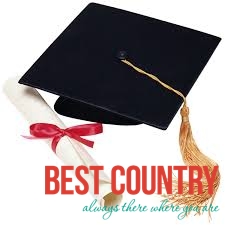 The education system in Brunei is modelled on the British system, with Brunei-Cambridge GCE A-levels being used to prepare students for entrance to university and other higher education institutions in Brunei Darussalam and overseas.

The academic year consists of 4 terms of around 10 to 12 weeks each, beginning on 02 January with a 4-week break at the end of the year.

Children enter the educational system at the age of five and stay at the pre-school level for one year. However, in non-government schools, children may enter pre-school at the age of three for three years of pre-school before proceeding to primary education.

Pupils at the upper primary level onwards follow the bilingual system of education. At the end of upper primary education, pupils sit ), a public examination, the Primary Certificate of Education (PCE).

The education system in Brunei is modelled on the British system, with Brunei-Cambridge GCE A-levels being used to prepare students for entrance to university and other higher education institutions in Brunei Darussalam and overseas. Education at the secondary level is divided into lower secondary (Form I to III) and upper secondary levels (Form IV to V).

It assists the channelling of students to either vocational schools or an academic stream and serves as a national assessment for students' achievement after three years of secondary education.

On passing the PMB examination (beginning 2004) students are channelled into the Science, Arts or Technical stream in the Upper Secondary Level. At the end of Secondary 5, academic achievers will sit for the Brunei-Cambridge General Certificate of Education Ordinary Level (GCE ‘O' Level) examination. (The GCE `N' Level examinations were previously offered to less academically inclined students were abolished in 2006).

Those with relevant `O' Level passes may then proceed to do a further two-year Pre-University course leading to the Brunei-Cambridge Advance Level Certificate of Education examination (GCE `A' Level).

They may then decide to opt for employment, undertake training programmes at the various technical and vocational colleges in the country or complete their tertiary education either at a domestic university or abroad.

There are 80 private schools in Brunei offering nursery, primary and secondary education in Brunei Darussalam.

The role of these non-Government schools is to reduce reliance on the Government to provide education for the children of the country and also offer parental choice.

The Government provides a monthly education allowance for citizens and permanent residents who are Government employees.

Students who have completed the PMB or the BC-GCE 'O' level examinations can pursue vocational education in a Technical or Engineering College offering 2.5 year certificate level courses in crafts or technical programmes.

The Jefri Bolkiah College Of Engineering

Students who have adequate and relevant 'O' level results may proceed to the pre-university level. At this level, most students follow a two year course leading to the Brunei-Cambridge General Certificate of Education 'Advanced' (BC-GCE 'A') level examination.

Those who complete 'A' level courses with adequate and relevant passes may be eligible for entry to Universiti Brunei Darussalam or other tertiary institutions or be awarded scholarships for further studies abroad.

This is a joint venture college with Kensington College of Business in London, offering studies in Accountancy, Business Studies, Law, IT, Travel/Tourism, IELTS and others, as well as certificate, diploma and pre-university foundation courses for `O' Level holders, providing an alternative pathway for students wishing to obtain a UK degree.

The Brunei Institute Of Geomatics (BIG) was launched in September 2003. Geomatics is the art, science and technology related to the management of geographically related information.Disciplines include surveying, mapping, remote sensing, Geographic Information Systems (GIS) and Global Positioning System (GPS).

Institut Tahfiz Al-Quran Is a learning institution that combines memorizing the AI-Quran with the learning of Quranic knowledge and other academic subjects.

Kuala Belalong Field Studies Centre was built in Temburong in 1991 with the aim of carrying out joint research with the Royal Geographical Society of London to provide baseline data for research at the Centre on tropical rain forests.

The college launched its Diploma in Mental Health Nursing in 2004 where students received clinical placement for two weeks at the Woodbridge Mental Institute, Singapore.

Universiti Brunei Darussalam (UBD) opened in 1985 and delivered its first PhD graduate in Mathematics Education in 2004. In November 2003, UBD signed two agreements for the commencement of medical/health care courses in the Sultanate.

An MoU signed between UBD and St George's Hospital Medical School in London has resulted in the teaching of the UBD Masters of Science Degree in Primary Health Care in early 2004.

This is a three-year part-time Masters Programme for clinicians interested in a career in General Practice.

Other ongoing efforts of the university include the establishment of several new research centres such as the Policy Studies Institute.

New programmes in 2009, which include Bachelor of Business (major in business administration, economics or accounting and finance), Bachelor of Arts (major in anthropology, sociology, history, art, geography, Malay, communication, media and English), Bachelor of Health Science (major in medicine, biomedical sciences and nursing or midwifery) and Bachelor of Science (major in biotechnology, geology and petroleum geology and physical education), will encourage students to complete part of their degree in a partner institution abroad or gain work experience in a relevant context in the local industry.

UBD is also forging partnerships at local and international levels for research focusing on biodiversity, energy and food security

In 2000, ITB enrolled its first intake for a degree course, B Eng in Civil Engineering and the Master of Engineering course under a twinning programme run in collaboration with Queen's University of Belfast (QUB).

These are 1+3 articulation programmes with University New South Wales, Australia. Other four-year degree programmes that will be introduced are electrical and communication engineering, mechanical engineering, Internet computing, and business information technology.

Sultan Sharif Ali Islamic University was established in 2007 and offers programs such as Islamic Finance and Law. As of December 2009, the university had about 300 students.