On the list of traditional Zambian beverages, Munkoyo is perhaps the most favorite and a well known non-alcoholic drink in Zambia. It is found in every corner of the country, regardless of the tribal affiliation.

It is best enjoyed after a hard day&#146;s work. The best Munkoyo is one that has just matured or lost its sweetness. Precaution should be taken though, if you are a novice at Munkoyo drinking. Go for some recently brewed Munkoyo, because the stuff gets alcoholic as it ages. 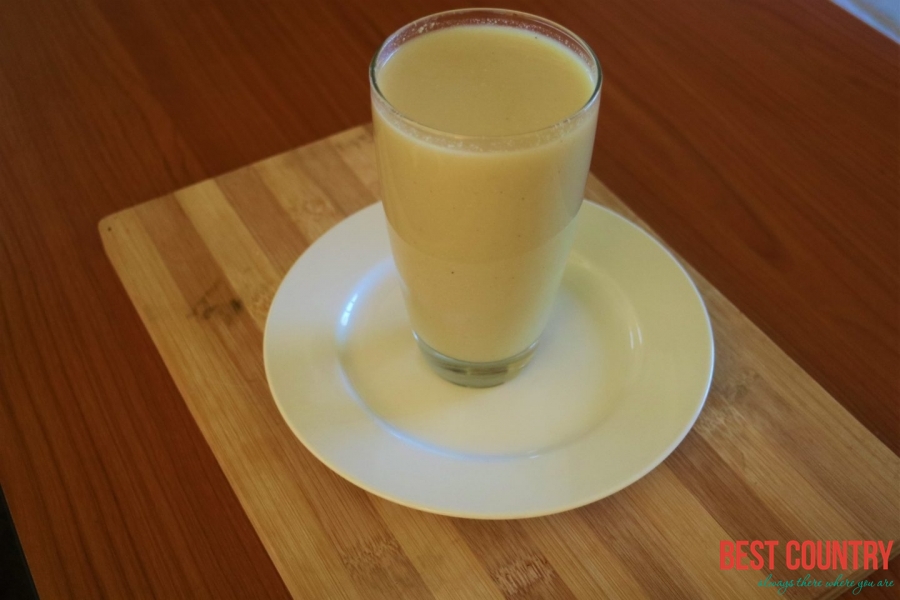 The methods and ingredients of cooking Munkoyo differ from one part of the country to another. But the basics and final product is the same. The two main ingredients of Munkoyo are maize meal or any other suitable (like sorghum meal and cassava meal) and dried Munkoyo roots, gotten from the ;Munkoyo tree; (Rhynchosia venulosa) named after the beverage.

These roots are usually battered into loose shreds and then dried. It is prepared by mixing together the warm maize porridge and Munkoyo roots and allowing it to mature overnight. You can easily get these roots at any market even in urban centers. Preparation of Munkoyo is traditionally a women&#146;s specialty and it is best enjoyed with sugar added.

Thobwa is similar to Munkoyo but whitish in color and thicker in form. Thobwa gives a feeling of fullness after you have taken it. The main ingredient is maize meal or a suitable substitute.

Thobwa is also prepared from the left-over of Nshima which had been kept for a couple of days and are slightly fermented. (Nshima is a staple food and it is in form of a thick porridge cooked from maize, sorghum or cassava flour).

Thobwa is easy to prepare at home and some companies have gone into marketing it in ready- to-drink disposables or the do it yourself powder form.

Maheu is the most popular commercially viable traditional beverage. It usually comes in small ready-to-drink packs of less than half a liter.

Its color and unique taste comes from finger millet, its usual traditional main ingredient, but millet can be replaced by any cereal or corn flour. It is satisfying and usually taken as a food drink. Next time you are drinking packaged Maheu, remember you are taking a drink which has been around for as long as its people.

Packaged Maheu and the traditionally prepared Maheu are slightly different in taste because the factory prepared one contains additives in order to prolong its shelf life.