Religion in the Democratic Republic of the Congo 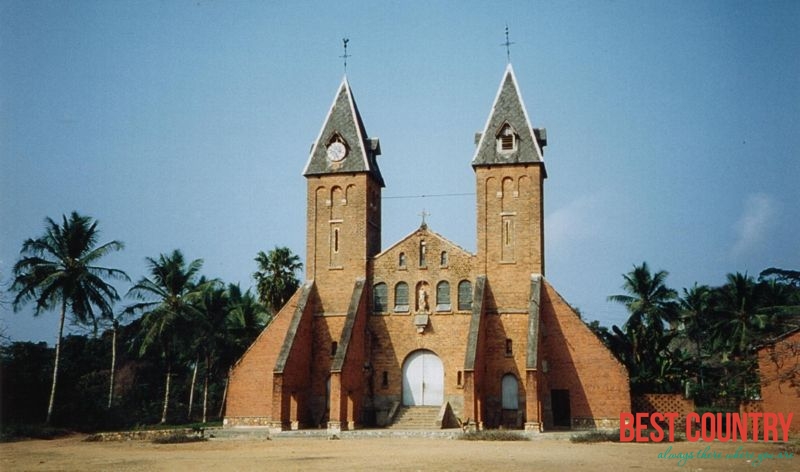 Christianity is the majority religion in the Democratic Republic of the Congo, followed by about 80% of the population. Denominations include Roman Catholic 50%, Protestant 20% and Kimbanguist 10%. Muslims (mainly Sunni) represent 10% of the population, others (including syncretic sects and indigenous beliefs) account for 10%, according to the CIA World Factbook.

Kimbanguism was seen as a threat to the colonial regime and was banned by the Belgians. Kimbanguism, officially "the church of Christ on Earth by the prophet Simon Kimbangu", now has about three million members, primarily among the Bakongo of Bas-Congo and Kinshasa.

62 of the Protestant denominations in the country are federated under the umbrella of the Church of Christ in Congo or CCC (in French, glise du Christ au Congo or ECC). It is often simply referred to as 'The Protestant Church', since it covers most of the 20% of the population who are Protestants.Islam was introduced and mainly spread by Arab merchants.

Traditional religions embody such concepts as monotheism, animism, vitalism, spirit and ancestor worship, witchcraft, and sorcery and vary widely among ethnic groups. The syncretic sects often merge Christianity with traditional beliefs and rituals, and may not be accepted by mainstream churches as part of Christianity.

A clear delineation of religious affiliation into these membership categories can give a misleading picture of Congolese reality. The number of persons who can be categorized as belonging exclusively to one group or another is limited. Overlapping affiliations are more common. As with class identity or with ethnic identity, an individual's religious identity may be situational.

Different spiritual traditions, agents, and communities may be sought out for assistance, depending on the situation at hand. For example, Christian students may employ sorcery with the objective of improving their individual exam scores or of helping their school's soccer team win in competition against their opponents.

Sophisticated urbanites, faced with disease in a family member, may patronize indigenous healers and diviners. And Congolese practicing traditional African religions may also go to both established Christian clergy and breakaway Christian sects in search of spiritual assistance. In the search for spiritual resources, the Congolese have frequently displayed a marked openness and pragmatism.