The cuisine of the Democratic Republic of the Congo varies widely, representing the food of indigenous people. Cassava is generally the staple food usually eaten with other side dishes. 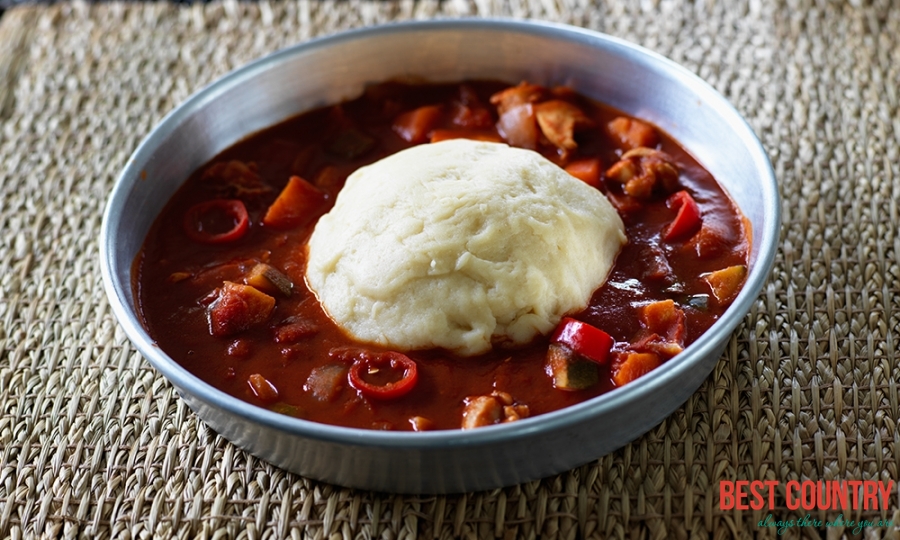 Less than two percent of the land is cultivated, and most of this is used for subsistence farming. Congo's farmland is the source of a wide variety of crops. These include maize, rice, cassava (manioc), sweet potatoes, yam, taro, plantain, tomatoes, pumpkin and varieties of peas and nuts. These foods are eaten throughout the country, but there are also regional dishes. The most important crops for export are coffee and palm oil.

Wild plants, fruits, mushrooms,honey and other foods such as bushmeat and fish are also gathered, hunted, and used in dishes. People often sell these crops at markets, or by the roadside. Cattle breeding and the development of large-scale agricultural businesses has been hindered by the recent war and the poor quality of the road system.

Congolese meals often consist of a starchy ingredient, along with vegetables and meat in the form of a stew. The starch can come in the form of a paste or mash made of cassava or corn flour, called fufu or ugali. When eaten, the fufu is rolled into golf ball-sized balls and dipped into the spicy stew—often an indentation is made with the thumb in order to bring up a thimbleful of sauce.

A type of fermented bread, kwanga, made from cassava, is commercially produced throughout the country. Lituma is a popular plantain dish made from mashed plantains which are formed into balls and baked. Sweet potatoes are prepared in a similar way, and mixed with roasted peanuts in some parts of the country. Rice is often mixed with beans.

To accompany these starchy ingredients, green vegetables such as cassava leaves, tshitekutaku (a spinach-like plant) and okra are often added. Mushrooms, especially prized amongst the Luba people, are often seen as a substitute for meat in times of shortage. Though actual vegetarianism is unknown, most meals are eaten without meat due to its high price.

Fish are plentiful along the River Congo, its tributaries, and various lakes; and are baked, boiled or fried for immediate consumption; or smoked or salted when preserved. Markets often sell ready-to-eat peppered fish baked in banana leaves. Goat is the most widely consumed meat. Mwambe is a common way of cooking chicken with peanut sauce. Edible insects such as grasshoppers and caterpillars are eaten; they tend to have a nutty flavour.

Sauces to mix with the ingredients above can be made with tomatoes, onions, and the local aromatic herbs. Vegetable oil, together with salt, hot red chile pepper and sweet green pepper are used to impart extra flavour. These spices are less frequently used in the far south.

Kinshasa's nganda restaurants, with a greater mix of ethnicities, are ethnic restaurants serving food from specific parts of the country, as well as Western imports such as bread and beer. Often owned by unmarried women, the nganda occupy a middle ground between bars and restaurants. Three typical types of nganda restaurants are:

Kongo nganda serve fish dishes with a vegetable sauce, together with kwanga mentioned above. These dishes originate downriver from Kinshasa.

Kasai nganda serve goat meat with rice and green vegetables. They also use rabbit as the grand dessert at a special occasion.

Nganda restaurants are often geared not only to specific regions, but also different classes—from migrant menial workers and miners, to professionals and government officials. 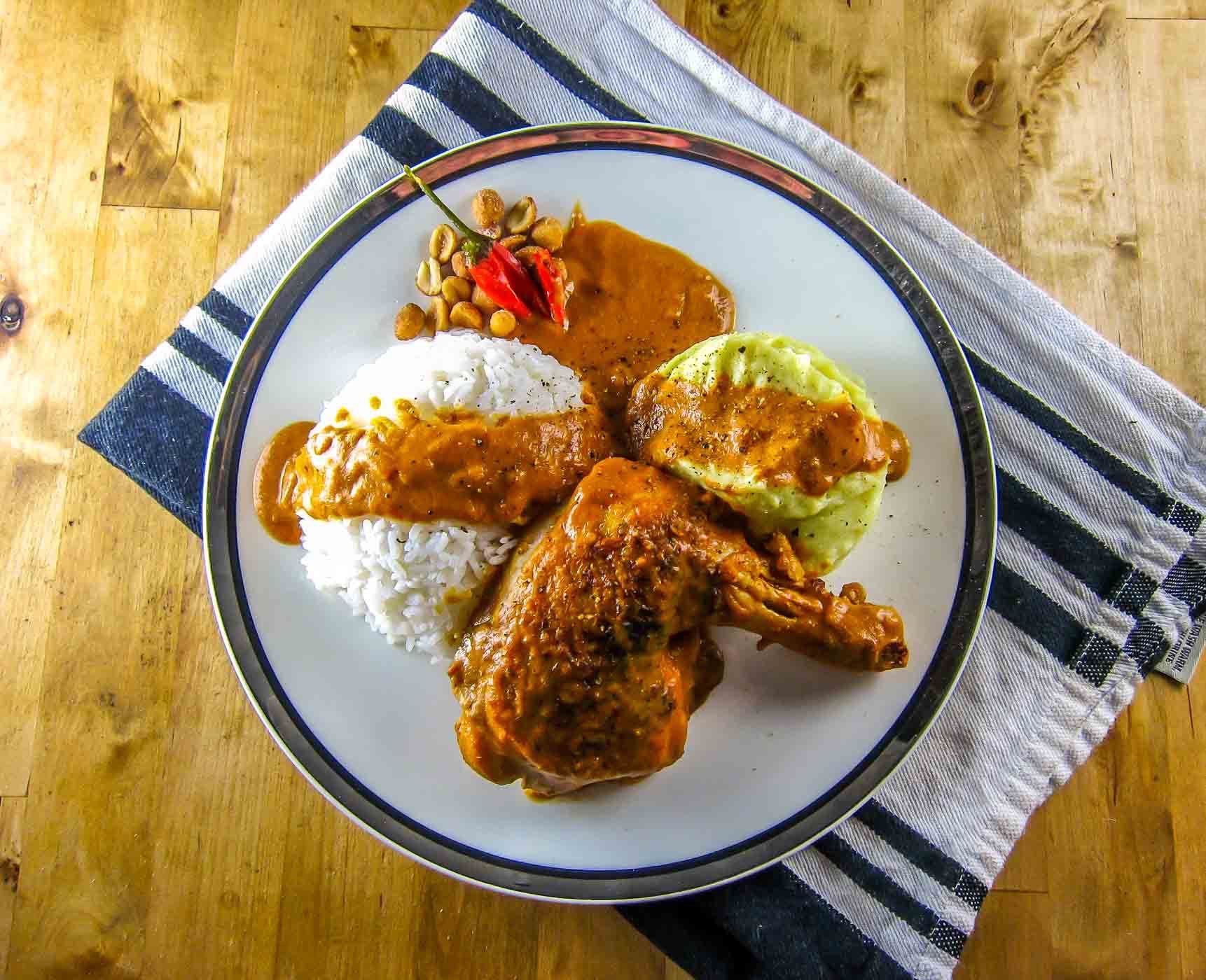 Moambe, a sauce or a dish prepared with a sauce usually made from the pericarp (not the seeds) of palm nuts, the fruit of the African oil palm (Elaeis guineensis) tree, in western Middle Africa.

Chikwanga or kwanga, made from cassava, cooked and stored in banana leaves, darker in some parts of the country, nearly white in other parts.

Fufu, sticky dough-like dish made of cassava flour. This is a staple dish much as rice or potatoes in other countries.

Pili pili, very hot pepper, served with nearly everything, even occasionally dried and sprinkled on fruit.

Palm wine made from the sap of a wild palm tree, is fermented by natural yeasts, and gives an alcohol content of between five and seven percent.