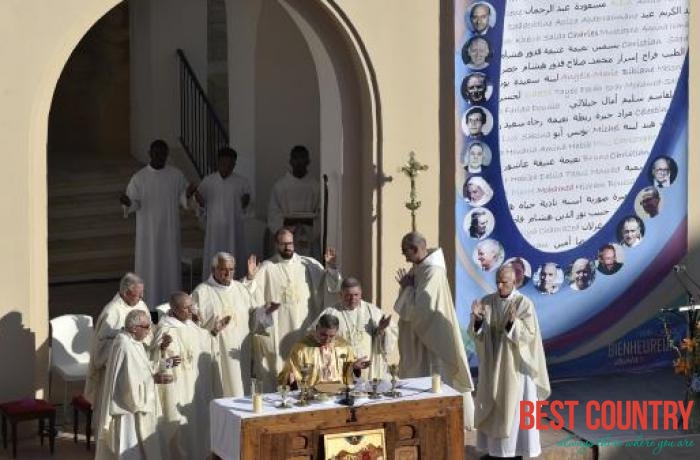 Religion in Algeria is dominated by Muslims at about 94% of the population. There are also almost 500,000 Christians, mostly pentecostal protestants. There are nearly 1000 Jews in Algeria. Islam, the religion of almost all of the Algerian people, pervades most aspects of life. It provides the society with its central social and cultural identity and gives most individuals their basic ethical.

Since the Algerian War, also called the Algerian Revolution, regimes have sought to develop an Islamic Arab socialist state, and a cabinet-level ministry acts for the government in religious affairs. Although the Boumediene regime consistently sought, to a far greater extent than its predecessor, to increase Islamic awareness and to reduce Western influence, the rights of non-Muslims continued to be respected. The Bendjedid government pursued a similar policy.