When is Eid al-Fitr?

The festival of Eid al-Fitr, the Festival of Fast-breaking, is an important religious holiday celebrated by Muslims worldwide that marks the end of Ramadan, the Islamic holy month of fasting.  The holiday celebrates the conclusion of the 29 or 30 days of dawn-to-sunset fasting during the entire month of Ramadan. 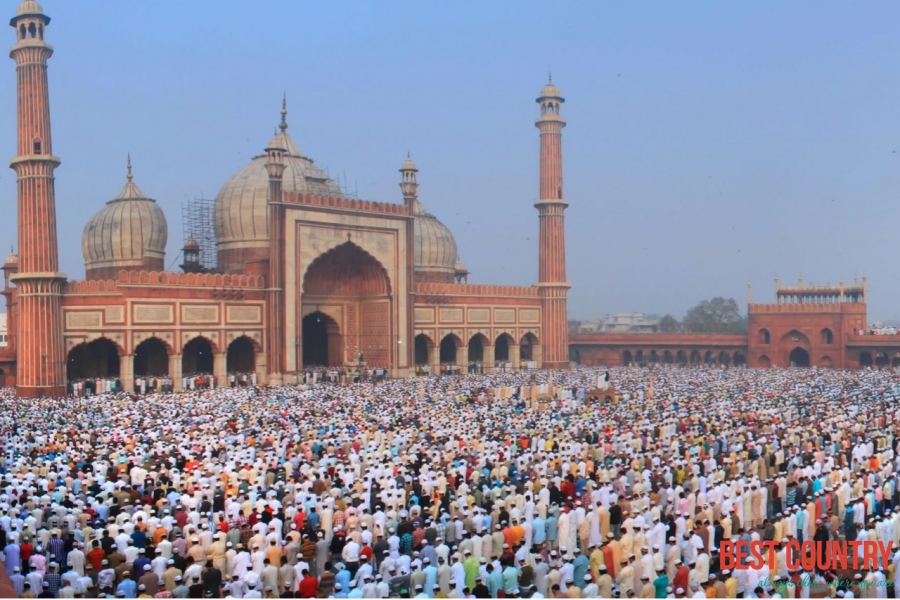 As the date of Eid depends on the sighting of the moon, there may be variations in the exact date that is celebrated around the world. The announcement of the exact dates of Eid Al-Fitr may not happen until close to the start of Ramadan.

Muslims celebrate Eid Al-Fitr with prayers called "Salat Al Eid" in Arabic. There is no audible call to prayer for the Eid prayers. Muslims will gather in mosques or open spaces and offer two units of prayer – called "Rakat". The prayers are followed by a sermon, in which the imam asks for forgiveness, mercy, and peace for every being across the world.

Other key elements of the Eid celebrations are giving money to the poor (known as 'Zakat al-Fitr', the amount to be given depends on the possessions someone has), sending Eid greetings and feasting with families.

For many Muslims, Eid al-Fitr is a festival to show gratitude to Allah for the help and strength he gave them throughout the month of Ramadan to help them practice self-control.

The phrase commonly used by Muslims as a greeting on this day is “Eid Mubarak”, which is Arabic for 'blessed festival'. The proper response to Eid Mubarak is "Khair Mubarak", which wishes goodness on the person who has greeted you.

The first Eid al-Fitr was celebrated in 624 CE by the Prophet Muhammad and his companions after their victory in the battle of Jang-e-Badar, a turning point in Muhammad's struggle with his opponents among the Quraish in Mecca during in the early days of Islam.

Eid al-Fitr may also be called 'Feast of the Lesser Bairam, Bairam being a Turkic word for holiday. It may seem odd that the word lesser is used for such a widely celebrated festival, the reason is that the 'Greater Bairam' is Eid al-Adha, the other great Islamic festival which is seen as the holier of the two.