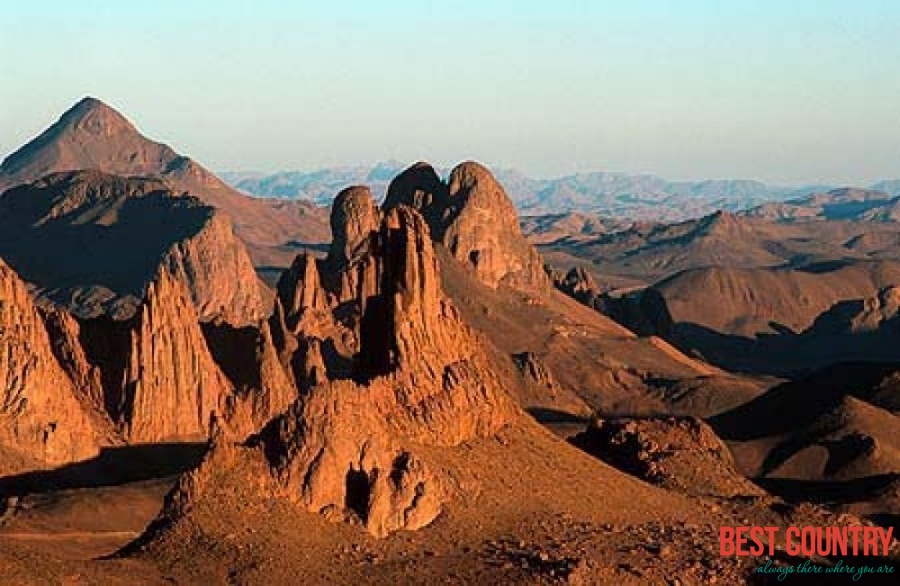 Northern Algeria is in the temperate zone and enjoys a mild, Mediterranean climate. It lies within approximately the same latitudes as southern California and has somewhat similar climatic conditions. Its broken topography, however, provides sharp local contrasts in both prevailing temperatures and incidence of rainfall. Year-to-year variations in climatic conditions are also common.

In the Tell, temperatures in summer average between 21° C and 24° C and in winter drop to 10° C to 12° C. Winters are not cold, but the humidity is high and houses are seldom adequately heated. In eastern Algeria, the average temperatures are somewhat lower, and on the steppes of the High Plateaus winter temperatures hover only a few degrees above freezing. A prominent feature of the climate in this region is the sirocco, a dusty, choking south wind blowing off the desert, sometimes at gale force. This wind also occasionally reaches into the coastal Tell.

In Algeria only a relatively small corner of the Sahara lies across the Tropic of Cancer in the torrid zone, but even in winter, midday desert temperatures can be very hot. After sunset, however, the clear, dry air permits rapid loss of heat, and the nights are cool to chilly. Enormous daily ranges in temperature are recorded.

Rainfall is fairly abundant along the coastal part of the Tell, ranging from forty to sixty-seven centimeters annually, the amount of precipitation increasing from west to east. Precipitation is heaviest in the northern part of eastern Algeria, where it reaches as much as 100 centimeters in some years. Farther inland the rainfall is less plentiful. Prevailing winds that are easterly and northeasterly in summer change to westerly and northerly in winter and carry with them a general increase in precipitation from September to December, a decrease in the late winter and spring months, and a near absence of rainfall during the summer months.