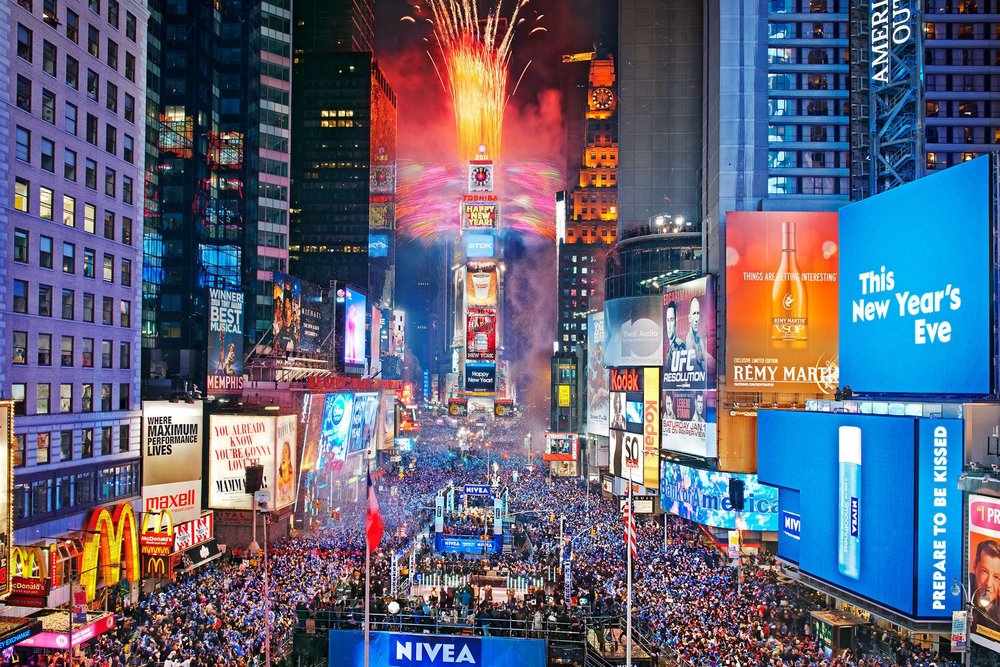 New Year in United States is celebrated on January 1, the first day of Gregorian Calendar. This is a Federal holiday in US. On this day, many people make resolutions to give away bad deeds and renew life with good ones. It's the time to remember the achievements and make merry for the New Year. New Year is expected to bring good luck and charm for people and this is the reason why Americans love to celebrate it with fun and enjoyment.

New Year's Eve celebration is a gala affair for the people of US. They love to enjoy even the last minute of the going year and welcome the New Year with a blast. Midnight parties, sumptuous dinners, live music and the dance floors make a perfect New Year's Eve bash. Every year, a huge ball is organized at Time Square in the New York City. This New Year celebration is watched over by large number of Americans. A minute before the New Year's Day, a brightly lighted ball is dropped slowly from the top of a pole. As soon as the ball reaches the ground, it gives a signal of New Year and everybody hug and kiss each other wishing Happy New Year.

Elsewhere, many of New Year parties in US have a dress code or a theme. People cover their faces with masks. They unmask themselves only when the clock strikes 12. To have some merriment with the family members at the beginning of the New Year, people prefer to celebrate it at their homes. Many people watch television, eat the auspicious black-eyed peas and rice called Hoppin' Johns. There is also a tradition to open champagne bottles as the clock strikes midnight on the New Year's Eve.

New Year's Day begin by wishing the near and dear ones 'Happy New Year'. People visit their loved ones place and sometimes go out for picnic with them. New Year celebrations are further accelerated by watching the famous Tournament of Roses Parade. Theme of the parade varies every year. Today, the parade is followed by thousands of participants - marching bands, dancing and singing various songs. The queen of the tournament rides on a special float made from lacs of flowers. This is a very eye-catchy scene of the whole parade. There is also a New Year custom to play the most famous games of football such as the Orange Bowl and the Fiesta Bowl.