Washington is the capital of the United States of America

Washington is the capital of the United States of America. The city is on the left bank of the Potomac River. The city was named after the first President George Washington. The population of the city is nearly three million people.

There are many beautiful parks and gardens in Washington. It is interesting to see the famous cherry trees. These trees are the gift from Japan. They were brought there in 1912. 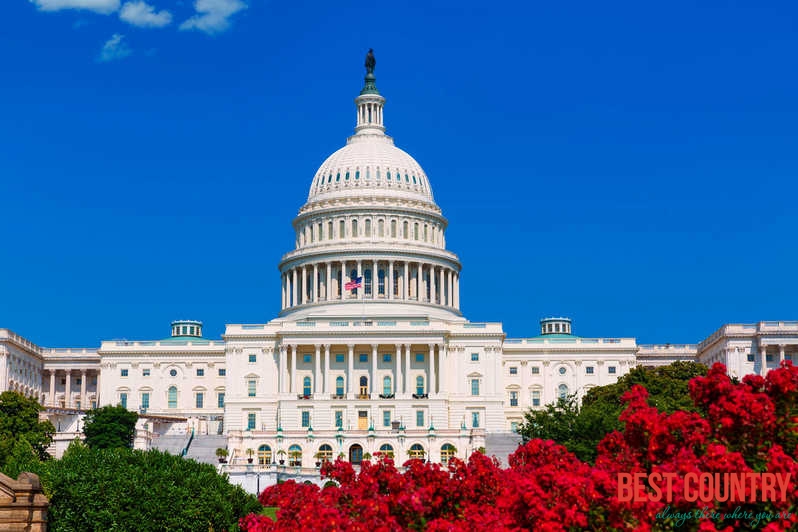 There are many libraries, museums, art galleries in the city, for example, you can see The National Gallery of Art. It was opened in 1941. It has a lot of art collections by the great masters from the 14th to the 19th centuries. It is one of the finest picture galleries in America. The NASA Museum is devoted to the US achievements in the exploration of space.

Congress consists of two Chambers: The Senate and the House of Representatives. From the Capitol to the White House runs Pennsylvania Avenue used for all processions and parades. The White House is the place where the President of the USA lives and works. It is the official residence the USA presidents.

This house was first occupied in 1800. George Washington died in 1799 and he did not live in that House. John Adams was the first President who lived in the House.

The White House has 132 rooms.

The Metrorail system is an up-to-date one in Washington. If you want to go by metro, you have to find the letter "M". The fare in metro is connected with the time of a day and the distance of your travelling. There are a lot of sights in Washington. It is difficult to find a park or a square without a monument or a memorial. The Lincoln Memorial and Washington Monument are the most famous and nice ones. The Lincoln memorial was dedicated to Memorial Day — May 30, 1922. It was built in the style of a classic Greek temple. It has 36 columns. Each column represents the state in the Union at the time of Lin­coln's death. But the dominant feature of the building is the realistic figure of Lin­coln.

The Washington Monument is one of the city's most impressive sights. It is situated in Potonic Park. It was erected to the me­mory of the first President of the USA in 1888. It is called "The Pencil", because it is one of the tallest stone constructions in the world and the tallest stone structure in the USA. This monument is over 555 feet high. There is the Pentagon in Washington. It is a building and it was built between 1941— 1943. Now it is the US military centre. A lot of people work there.