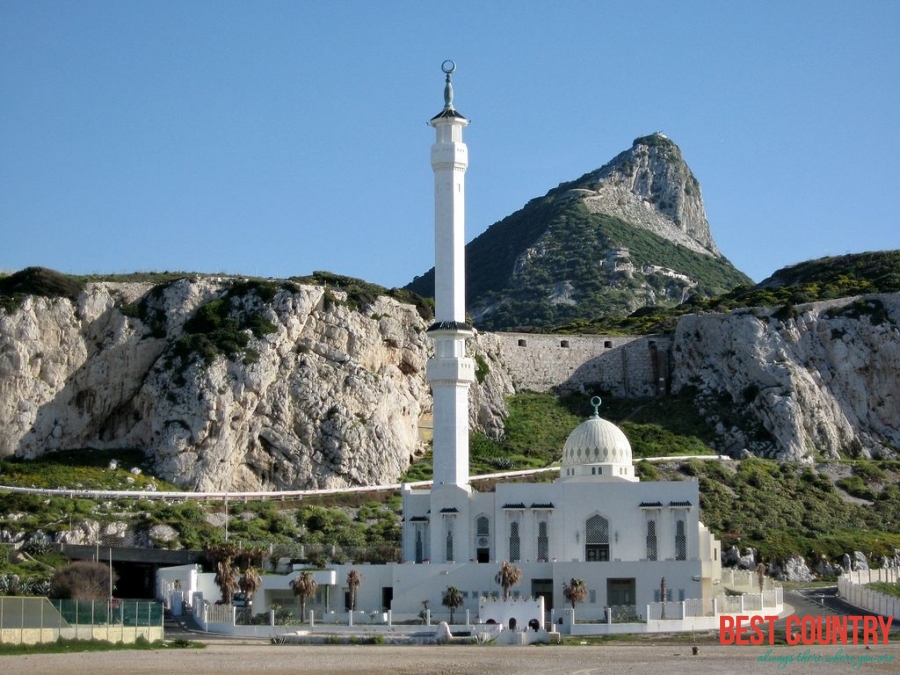 Due largely to the British presence, other Christian denominations are also present.

They include the Church of England (7%), whose Cathedral of the Holy Trinity is the cathedral of the Anglican Bishop of Gibraltar in Europe; the Gibraltar Methodist Church, Church of Scotland, various Pentecostal and independent churches mostly influenced by the House Church and Charismatic movements, as well as two Plymouth Brethren congregations.

There is also a ward of The Church of Jesus Christ of Latter-day Saints, and Jehovah's Witnesses.

The second religion in size is Islam (4% of the population).

There is also a large established Hindu population, members of the Bahá'í Faith and a long-established Jewish community.