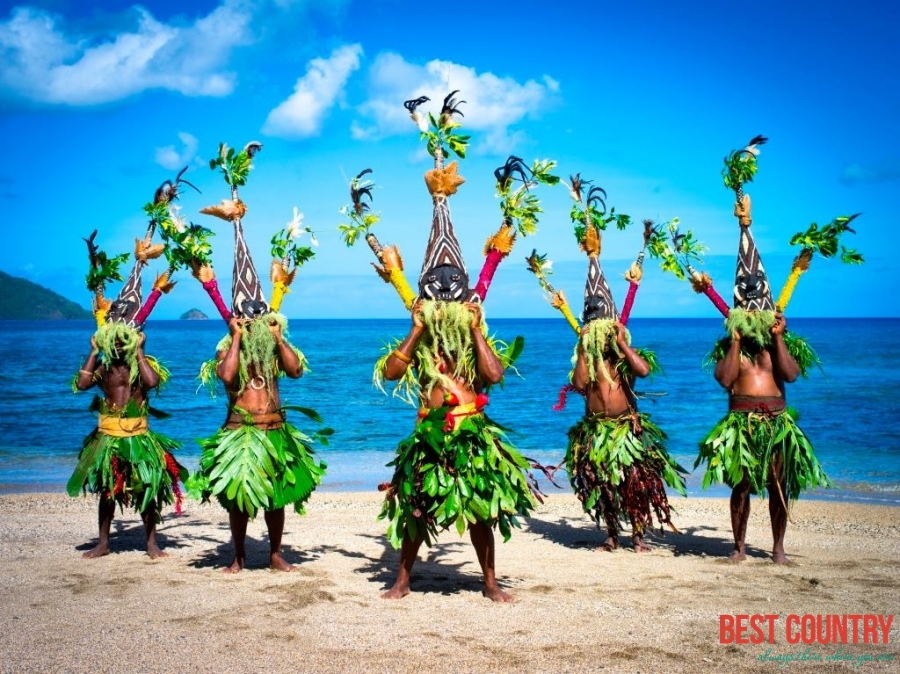 Discover the top festivals and events in Vanuatu that are typically held to celebrate cultural and significant historical events.

Watch as men and boys leap from a 30m-high tower, falling head first with nothing but vines tied to their ankles. This hair-raising fertility rite, known as the naghol (a ritual leap) is traditionally made to ensure a bountiful yam harvest between April and June on Vanuatu's Pentecost Island. Visitor numbers are restricted but various tour companies arrange organised trips to view the land diving ceremony.

See intricate motifs and perfect circles drawn in the sand using just one finger and get an insight into indigenous Vanuatu culture, at this major cultural event, which is held on a different island annually – Epi Island hosts the festival in 2010. The event attracts hundreds of locals, who come to show off their region's sand drawing skills with pride. See also traditional dances, games, magic shows, storytelling and weaving demonstrations at this colourful festival

Back To My Roots Mini Arts Festival (August)

Watch the fun or join more than 200 keen swimmers in this annual ocean swim. Participants can choose between a 3.2km or 1.5km swim around Irirki Island (located 350 metres from Port Vila's coastline). The fastest male and female competitor each receive a trophy and a return airline ticket to next year's Ocean Swim.

Watch the fun or join to 200 keen swimmers in this annual ocean swim, which starts at Luganville on Espiritu Santo Island and finishes at the Aore Island Resort, a distance of 2.6km. The fastest male and female competitor each receive a trophy and a return airline ticket to next year's Ocean Swim.

This 138km Round Island Relay, where teams of ten pass the baton, offers the chance to see traditional villages, coconut groves and unspoilt white-sand beaches on a run around Etafe, the archipelago's third-largest island. Or simply monitor the race progress with locals in Port Vila.