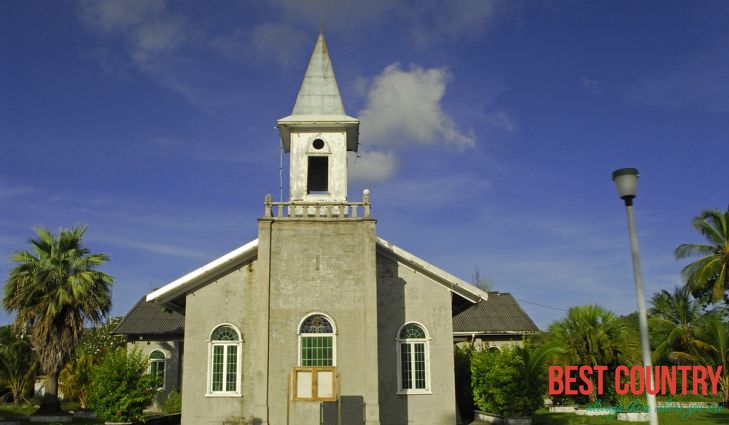 In Nauru, an island country in Micronesia, Nauru Congregational Church is the largest religion, encompassing 35.71% of the population, as of the 2011 census.

According to the 2002 census, approximately two-thirds of Christians are Protestant, and the remainder are Catholic. The largest denomination is the Nauru Congregational Church. The ethnic Chinese on the island, approximately 3 to 4 percent of the population, may be Confucian, Buddhist, Taoist, Christian, or nonreligious.

The largely Christian communities of Tuvaluan and I-Kiribati expatriates were repatriated in late 2006 following the near cessation of phosphate mining in the country.The Jehovah's Witnesses and the Mormons said they had small numbers of followers among the native population.

Nauruan indigenous religion was the predominant religion in Nauru before the late nineteenth and early twentieth centuries, when foreign missionaries introduced Christianity to the island. There are a few active Christian missionary organizations, including representatives of Anglicanism, Methodism, and Catholicism.

The Constitution provides for freedom of religion; however, the Government restricted this right in some circumstances.

There are no indications of widespread societal discrimination against particular religious denominations; however, some elements of the Nauru Protestant and Roman Catholic communities occasionally voice discomfort with religious groups perceived as foreign, in particular The Church of Jesus Christ of Latter-day Saints and the Jehovah's Witnesses.