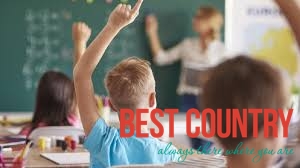 Education in Nauru is compulsory for children between the ages of 5 and 16. There are eleven schools in Nauru, including three primary schools and two secondary schools (Nauru Secondary School and Nauru College). There is an Able/Disable Centre for children with special needs.Education at these schools is free.

In 2011, the Australian Department of Foreign Affairs and Trade reported that 3,026 children were enrolled at Nauru's schools. The Minister for Education is the Hon. Charmaine Scotty, MP from 2013.

The Nauru Campus of the University of the South Pacific (USP) is located in Aiwo District, Nauru. USP began teaching remote courses in the 1970s. A local campus was established in 1987. Courses of study focus on the fields of education and business. The campus also serves the broader community through a Continuing education programme.

A classroom at Nauru Secondary School after refurbishment as part of an Australian aid package to the island state.

Education in Nauru was first formalised by the work of Protestant missionaries in the early twentieth century. The first schools were established by missionary Philip Delaporte, teaching children literacy in the Nauru language. In 1923, the joint administration of the United Kingdom, Australia and New Zealand made education compulsory and established a curriculum based in the English language.

Australia's AusAID funded an $11 million refurbishment of Nauru Secondary School beginning in late 2007. The project to assist in improving educational performance in Nauru was completed in 2010. Part of the project focused on enhancing Nauruan construction capacity.