In Nauru, an island country in Micronesia, Nauru Congregational Church is the largest religion, encompassing 35.71% of the population, as of the 2011 census.

Nauru may not initially appear to contain many tourist attractions on its surface, but the island does hold a few unusual landmarks worth a closer look. Buada Lagoon is one of the few places on the island where trees grow freely. The Moqua Well, actually an underground lake, and Moqua Caves stand steps from the parliament building and the airport. Nauru’s highest point, the 213-foot Command Ridge, may not look like an impressive mountain peak, but its summit is among the few in the world where climbers can admire the view of an entire country. 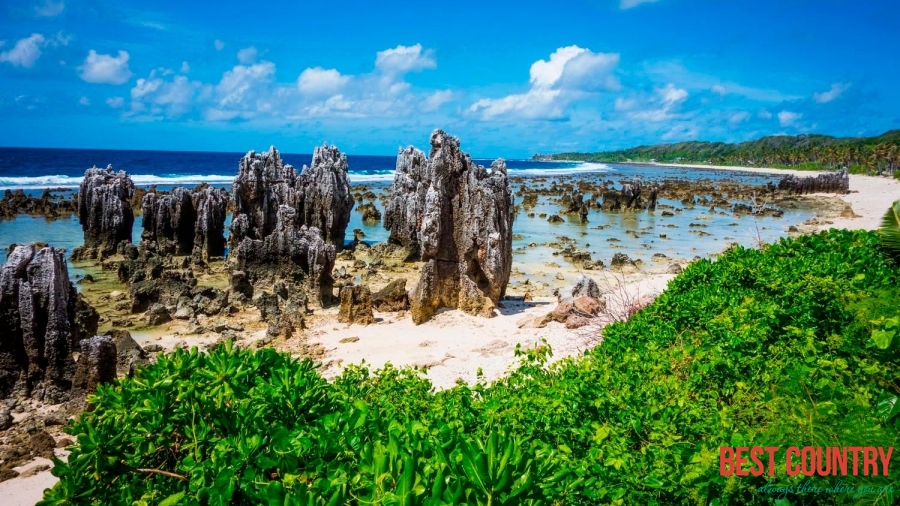 Nauru's climate is hot and very humid year-round – because of the proximity of the island to the Equator and the ocean.