Food in the Marshall Islands

Life has never been easy in the Marshall Islands: the effort demanded to produce food continues to be great and the diet austere. Fish from the surrounding seas has naturally been the traditional support of life, while the scanty land has yielded three grudging crops - breadfruit, pandanus and swamp tare, in addition to the. ubiquitous coconut. By skillful management of the harsh terrain, its cultivation has sustained existence over the centuries in a system perfectly adapted to the demands of the region. 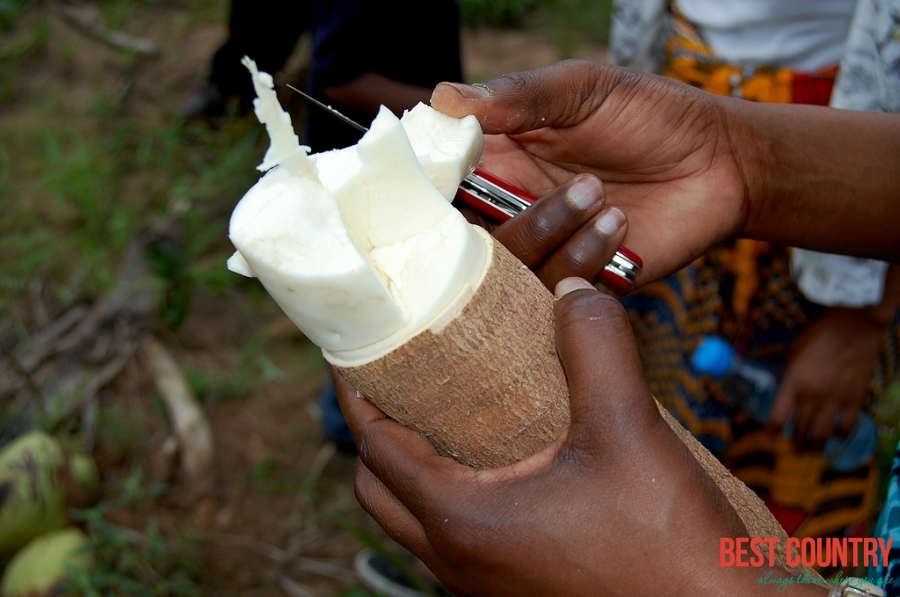 The breadfruit trees are most carefully tended when young: they are planted (on a rainy day) in a hole at least a foot deep, which is filled with all kinds of compost. Soil is added, sometimes rotted coconut gratings, and the seedling protected by a fence. Breadfruit is prepared in many ways to bring variety; it can be preserved too as an out-of-season food. Pandanus is grown from rooting slips, their leaves bound, tamped into a damp hole in cleared bush and no further attention given to it since it will either perish or bear fruit within a year or two. The cult of the wetland tare depends on the making of pits. These are dug at a level suitable for their plants to take root in ground-water -- whose height varies with the tide - and much care is needed to supply their needs adequately but not to drown the roots. Great pits were excavated in the middle of the larger islands with constant ground-water; cultivation was systematic and intensive, using pots of pandanus leaves, humus stakes, and intensive observation.

In the north, where rain is scarce, the culture of arrowroot was developed - the richest natural starch to exist. The plant grows with little attention, but in their natural state its valuable roots are bitter. In the process of making these tubers into flour they are scrubbed, macerated, pounded and sieved repeatedly until a lump of pure carbohydrate is produced, which is left to dry in the sun. By this stage, the bitterness has gone and the dried flour will keep almost indefinitely.