Holidays and Festivals in Malaysia 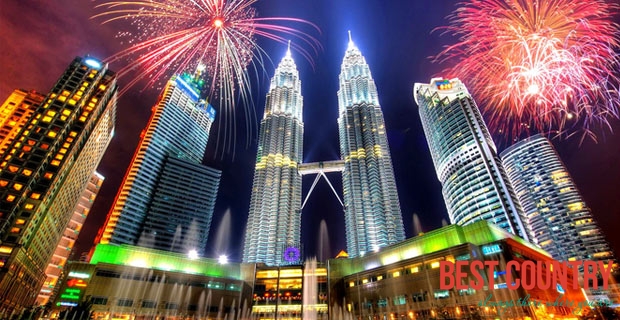 The most widespread holiday is Hari Kebangsaan (Independence Day), otherwise known as Merdeka (Freedom), on 31 August commemorating the independence of the Federation of Malaysia.

This, along with Labour Day, (1 May), the King’s birthday (first Saturday of June), and some other festivals are major national public holidays. Federal Territory day is celebrated in the three federal territories.

Marking the end of Ramadan (which is a month-long period where fasting takes place from sunrise to sunset) is the biggest event of the Muslim calendar.

The Hari Raya Aidilfitri festivities take centre stage and it is worth visiting areas where this is celebrated to take in the joyous nature of the Muslim celebrants.

This is a time when you will see Malay families dressed up in their best traditional outfit to mark this special occasion. Similar to the Chinese during Chinese New Year, the Malays also have the tradition of giving Hong Bao (red packets containing money) but on this occasion it is known as duit raya and is given in green packets.

Approximately 70 days after the celebrations of Hari Raya Aidilfitri the ancient Muslim festival of Hari Raya Haji, also known as the “Festival of Sacrifice” that is celebrated over three days by Muslims worldwide.

The festival starts off with prayers by male volunteers and the sacrifice of sheep, goats and cows to symbolize Phophet Ibrahim’s readiness to sacrifice his own flesh and blood.

The date of the Lunar New Year (Chinese New Year) is determined by the lunar calendar and it often falls annually in either January or February. Being a major event on the Chinese calendar, the Chinese residents celebrate this occasion in stylish red or gold colours.

Spring cleaning for this festive season is essential to most Chinese and it is a common sight to see red pieces of paper with Chinese calligraphy bearing good wishes placed onto doors and walls.

The distribution of Hong Bao (red packets containing money) by parents and relatives to unmarried children is a common practice during this festive season.

The seventh month of the lunar calendar is when the hungry ghost festival is celebrated. This event is a traditional Chinese festival celebrated worldwide by Chinese people and it involves the offering of food and burning of offerings (i.e., incense and papier-m&#226;ch&#233; material items such as clothes, gold, cars and houses) as a form of ancestor worship with the meaning of extending filial piety from descendants to their ancestors even after their deaths.

These offerings can be seen along roadsides and on open grounds as a means of appeasing and respecting the departed. In some areas of Malaysia you may even chance upon Wayangs (Chinese operas) which are staged to entertain the wandering spirits. During this festival puppet shows are traditionally held along with live singing performances.

The 15th day of the eighth lunar month marks the day when the full moon shines brightly and families and friends gather under the moonlit sky to savour mooncakes (the traditional food of this festival), pomelos and pots of Chinese tea. Mooncakes come in a variety of sweet and savoury fillings.
Dumpling Festival

The Dumpling or Duanwu Festival, which is sometimes known as the Dragon Boat Festival in Malaysia, is a widely celebrated event usually held on the fifth day of the fifth month of the Chinese lunar calendar. Though this festival holds more significance in China, it is still observed by the Chinese population in Malaysia, albeit in a more subtle manner.

During the celebrations, many Chinese households prepare zhong zi, a dumpling made of glutinous rice containing various kinds of stuffing, wrapped in either bamboo or lotus leaves. The dumplings, much like the mooncake, is a product borne out of a story that has become an integral part of Chinese history.

Historians believe Qu Yuan, a great poet, a royal advisor to the emperor, and the epitome of patriotism took his life by drowning himself in a river.

The legend relates that a fisherman dreamt that the poet’s body was being eaten by fish, so the people threw rice dumplings into the river in the hope that the fish would eat the dumplings instead of their beloved hero.

This begins with a procession led by a chariot bearing the idol of a deity from a temple within the city to holy sites on the outskirts. These holy sites are dedicated to Lord Murugan and are typically a network of temples or shrines built in natural structures, such as caves.

The two main holy sites that have become the focal point of Thaipusam celebrations in Malaysia are the Batu Caves in Selangor and the Nattukkottai Chettiar Temple in Penang.

This is a festival when Indian communities are filled with lights, music, scents, arts and performances. Known also as the “Festival of lights”, it is an occasion of celebration for both Hindus and Sikhs.

It marks the beginning of a New Year for certain North Indians, while some believe that the departed souls of relatives will descend during this time and rows of tiny oil lamps are used to guide them on a journey to the next world.

During this festival, new clothes are worn, and vibrant and colourful lights, festive bazaars and cultural activities enliven the streets of the Indian communities across Malaysia.

The most important Sikh festival is the Sikh New Year or Baisakhi. Because it falls during the month of Vaisakh, the occasion is more commonly known as the Vaisakhi Festival. Other important days are Lodi and Gurpurab.

Other Indian and Indochinese communities observe their New Year celebrations at around the same time, such as Pohela Boishakh of the Bengalis and Songkran (the water festival of the Thais). People in the northern states also celebrate the Thai festival of Loy Kratong.

This festival is celebrated on the fifteen day of the fourth lunar month. This Buddhist celebration involves chantings, recitations and offerings at shrines and temples.

Symbolizing perfection and commemorating the birth of enlightenment and nirvana of the Lord Buddha, temples are decorated with flags, lights, and flowers and vegetarian meals are served.

Malaysia’s Christian community observes most of the holidays observed by Christians elsewhere, most notably Christmas and Easter. Good Friday, however, is only a public holiday in the two Bornean states.

The harvest festivals of Gawai in Sarawak and Kaamatan in Sabah are also important for Malaysians in the Eastern region of the country.

Gawai Dayak marks the important date for the Ibans ethnic group and marks the end of the paddy rice harvest season.

The Ibans invite their friends, family and people from different ethnic groups to join in the gaiety celebrated in their longhouses. At the beginning of the ceremony, prayer is usually led by the tribal chief as a traditional way of seeking blessings from the gods, followed by dances performed by men wearing warrior attire.

This is followed by the most important part of the ceremony; the miring, a ritual performed by the elderly who simultaneously mutter a chant for peace, safety, protection and a plentiful harvest in the next season.

Tadau Kaamatan is a harvesting celebration held by the Kadazans and Bajaus ethnic groups of Sabah. This is a celebration of thanksgiving offered to the rice gods by the farmers. Thus prayers are also held in hope for an ample harvest the following year.

Malaysians tend to celebrate all festive seasons, including Christmas, and visit friends and families in their homes during the festive season. Shopping malls put up their decorations and lights and Christians put their Christmas trees up one to two weeks before Christmas.