Although Malaysia is recognised as an Islamic country, alcohol is available on licensed outlet for the consumptions of its non Muslim citizens & visitors. 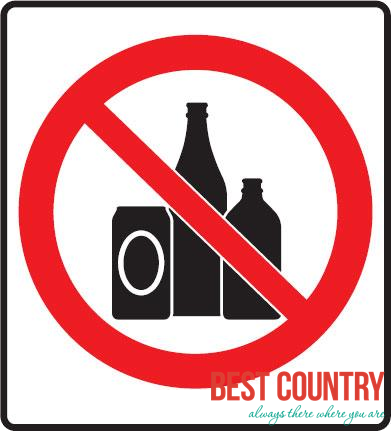 However, some states (notably Kelantan and Terengganu) ban alcohol. With the exception of tax-free islands (Labuan, Langkawi, Tioman) and duty free shops (for example in Johor Bahru), prices are comparatively high, with a can of beer costing RM7.50 or more even in supermarkets or 7 elevens.

However, in East Malaysia, smuggled liquors are widely available. In East Malaysia, particularly Sarawak, tuak is a common affair for any celebration or festivals such as Gawai Dayak and Christmas Day.

Tuak is made from fermented rice which sometimes sugar, honey or other various condiments are added. It is normally served lukewarm without ice.

Visitors can choose from 'strong' flavour of tuak (which is normally being fermented for years), or 'mild' flavour (which sometimes just being prepared a week or even a day before).

In Sabah, cheap liquors are very widely available at most supermarkets and mini markets in the state.

Other alcoholic drinks such as beer and whisky are also widely available. On the other hand, Tuak in Kelantan is also can be considered as a liquor since that it contains trace amount of fermented nipah or sap juice.

The alcohol content in Kelantan tuak can easily reach 50% after 3 days from the time it was extracted.

Tapai, which consists of cassava that is fermented and eaten as a food (though the liquid in the bottom can also be drunk) is a similar but milder alcoholic item.

It is traditional for Muslims to consume it on the East Coast of the Peninsula (Kelantan, Terengganu, etc.) on Hari Raya (Eid), and Islamic legal authorities associated with the Malaysian Islamic Party (PAS) have expressly given Muslims a dispensation to eat the sweet, somewhat fermented item.