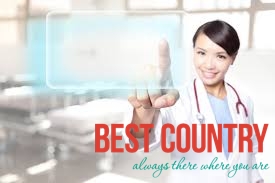 Malaysia is a Southeast Asian country with thirteen states, consisting of two different geographical regions that are divided by the South China Sea.

The rapidly growing economy has made a major impact, resulting in some commentators referring to it as the "Asian Dragon". In relation to healthcare, Malaysia can boast of high-end hospitals that provide excellent services.

The evolution of healthcare

Healthcare in Malaysia has undergone some radical transformations. The earliest pre-colonial medical cases were confined mostly to those traditional remedies that are evident today in Chinese, Malay and other ethnic groups. However, with the birth of colonialism, more modern and westernized medical practices were slowly introduced to the country.

At present, Malaysia's healthcare system is divided into two sectors—the public sector and the private sector. Doctors are generally required to complete three years of service in public hospitals throughout the nation, ensuring there is adequate cover for the general population. Foreign doctors are also encouraged to share their expertise in Malaysia.

Over the years, Malaysia has been continuously vigilant about her healthcare system. The presence of so many medical schools is enough to attest to the fact that Malaysia is serious about providing quality healthcare, not only to its citizens, but also to expatriates, tourists, migrants, and visitors.

Malaysia is fortunate to have a very comprehensive range of healthcare services. The Malaysian government is very committed to its principles of universal access to high-quality healthcare, which the local Ministry of Health offers through a network of nationwide clinics and hospitals.

However, in spite of the dedication of the local government, there are still some problems that are unsolved, and one of those is the unavailability of quality healthcare centres in remote areas.

Transferring a patient from a specific health centre to a more general hospital incurs some inconveniences on the part of the patient and the family, and also adds a cost to the healthcare system.

In order to deal with the issue, a tool called “Tele-primary Care” has been designed. This allows doctors in remote areas to discuss problem cases through Tele-consultations with specialists and doctors in other hospitals.

In general, hospitals in Malaysia are outstanding and are stocked with the lastest in medical equiptment.

A somewhat common occurrence among some Asian doctors has been the issue of over-prescribing. Although there have been reductions in the number of cases, the problem still remains. With this in mind, expatriates are advised to be vigilant with prescription drugs.

Additionally, according to major pharmaceutical firms in Malaysia, there have been problems with the sale of counterfeit drugs. Although this practice has been greatly reduced, it is something that the expatriate should be aware of.

The medical society of Malaysia also recommends all expatriates, travellers, and tourists to visit their personal physicians or travel health clinics at least four to eight weeks prior to departure. Vaccinations for the following medical conditions should be sought:

Hepatitis A- recommended for all travellers

Yellow Fever- required for every traveller that is more than one year old upon arrival. Not recommended otherwise.

Japanese Encephalitis- for the long term traveller in rural areas, or for those who may be engaged in unprotected and extensive outdoor activities in rural areas.

Hepatitis B- for travellers who may have direct contacts with local residents. This is very important, especially if the visit is for more than six months.