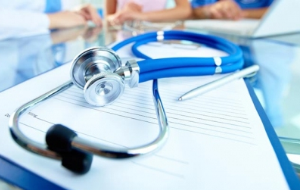 The Health care system in Bangladesh falls under the control of the Ministry of Health and Family Planning. The government is responsible for building health facilities in urban and rural areas.

For example, in the late 1980’s in Bangladesh, the rural health facilities that existed in the rural areas were mostly sub-district health centers, rural dispensaries and family welfare centers.

Unfortunately, they were poorly administered. For example, a sub-district health center had only thirty hospital beds. Most of its services were useless because of staff problems like few medical professionals and because the hospitals had no support service.

During dangerous months like monsoon season and other natural disasters, the Bangladesh health system isn’t capable of managing the number of victims.

Also, the rapid growth of the private medical system meant that fewer professionals remained in the public sector to take care of the masses. Private systems are mostly out of reach for poor people who can barely afford to live day by day.

The health system in Bangladesh is supply-side financed, meaning that poor households can have access to medical treatments or at least to essential medical care.

Still, there is a large gap because community financing programs are missing. Some NGO’s have started to offer micro-credit medical programs in order to help develop a national insurance program.

One third of the national health system is publicly financed, meaning that the government pays for it from taxes and international subsidies.

This means that the poor population is forced to pay for medical expenses while they can barely afford to put bread on the table because of the immense lack of jobs.