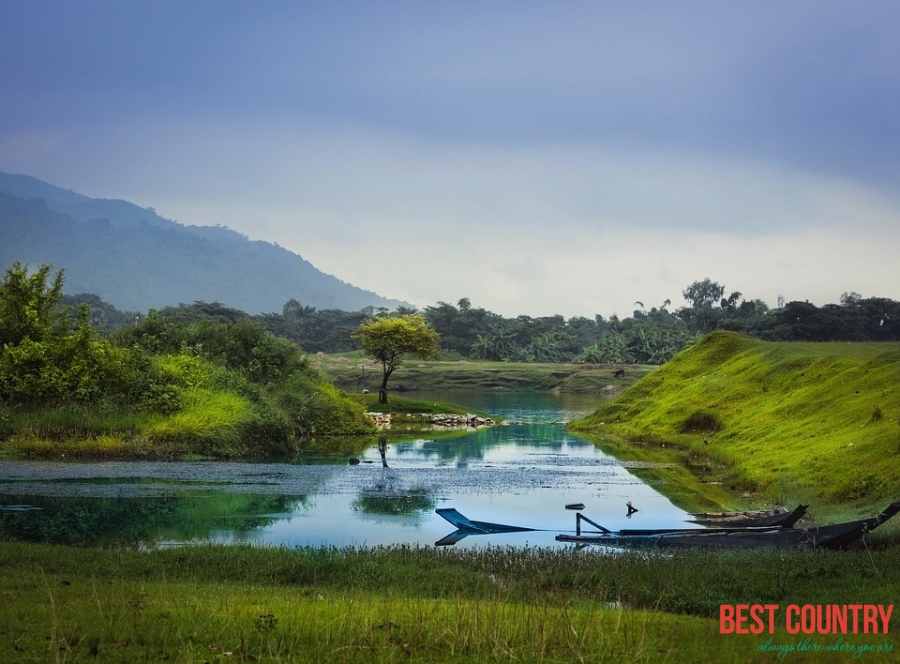 Bangladesh has a tropical monsoon-type climate, with a hot and rainy summer and a dry winter.January is the coolest month with temperatures averaging near 26 deg C (78 d F) and April the warmest with temperatures from 33 to 36 deg C (91 to 96 deg F).

The climate is one of the wettest in the world. Most places receive more than 1,525 mm of rain a year, and areas near the hills receive 5,080 mm ). Most rains occur during the monsoon (June-September) and little in winter (November-February).

Bangladesh is subject to devastating cyclones, originating over the Bay of Bengal, in the periods of April to May and September to November.

Often accompanied by surging waves, these storms can cause great damage and loss of life. The cyclone of November 1970, in which about 500,000 lives were lost in Bangladesh, was one of the worst natural disasters of the country in the 20th century.

Bangladesh has warm temperatures throughout the year, with relatively little variation from month to month. January tends to be the coolest month and May the warmest.

Required clothing: Lightweight cottons and linens throughout the year. Warmer clothes are needed in the evenings during the cool season. Waterproofs are necessary during the monsoon season.