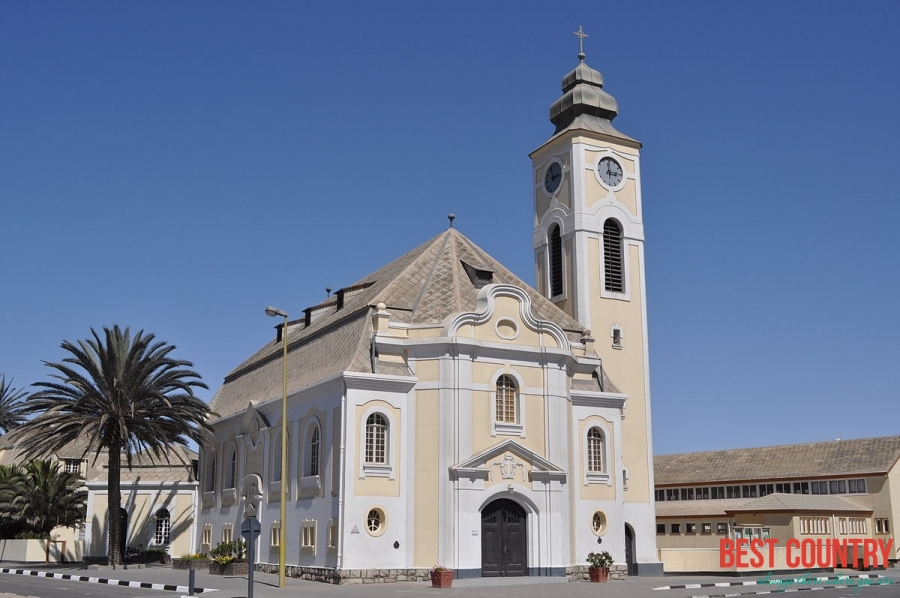 More than 90 percent of Namibian citizens identify themselves as Christian.

In 2007 the three churches established the United Church Council of the Lutheran Churches in Namibia, with the ultimate aim to become one church.

The Dutch Reformed Church of Namibia is predominantly made up of members of the Afrikaner ethnic group. The Himba and San ethnic groups comprise less than 1 percent and 3 percent respectively, practice indigenous religions.

Other religions practiced in the country include Islam, Judaism, Buddhism, and the Baha'i Faith. Practitioners of these religious groups are predominantly immigrants, descendants of immigrants, or recent converts. They reside primarily in urban areas. There are few atheists in the country. Muslims in Namibia are almost exclusively Sunni. The total number of Muslims in the country is in dispute; estimations range from less than 1% to 3%. The Jewish community has about 100 members.

Foreign missionary groups operate in the country. The Constitution provides for freedom of religion, and the Government generally respects this right in practice. The US government received no reports of societal abuses or discrimination based on religious belief or practice in 2007.

It has been reported that senior church officials and pastors in Namibia are involved in mismanagement of the church's funds of millions of Namibian dollars. Many pastors were involved in scams and other serious criminal activities such as rape, handling of counterfeit currency of millions of U. S. dollars.

This has resulted in serious spiritual and moral degradation of church environment and church leaders.The Namibian government is to investige and combat such illegal practices so as to maintain the Integrity, Dignity, esteemed purpose and high standards of such religious institutions in Namibian Society.