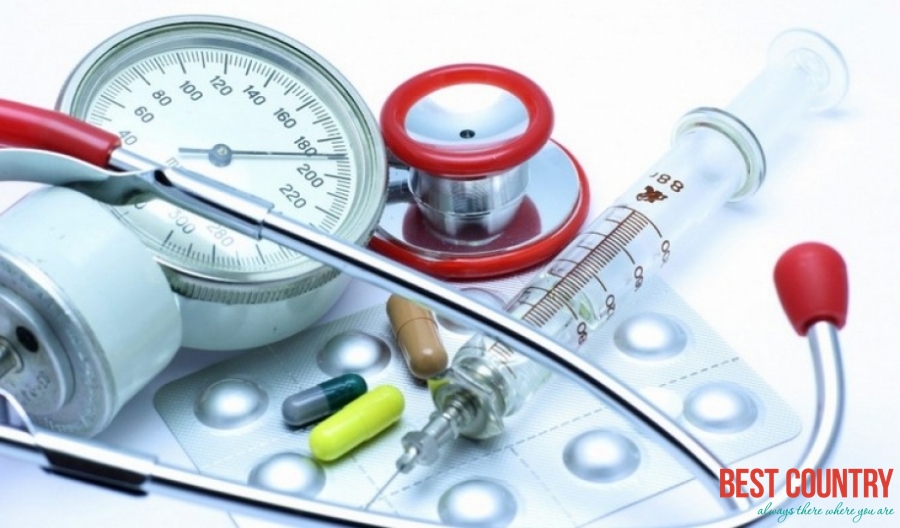 Most of the health services of Gabon are public, but there are some private institutions, of which the best known is the hospital established in 1913 in Lambaréné by Albert Schweitzer. The hospital is now partially subsidized by the Gabonese government.

Gabon’s medical infrastructure is considered one of the best in West Africa. By 1985 there were 28 hospitals, 87 medical centers, and 312 infirmaries and dispensaries. As of 2004, there were an estimated 29 physicians per 100,000 people.

The 2014 CIA estimated average life expectancy in Gabon was 52.06 years.

The total fertility rate has decreased from 5.8 in 1960 to 4.2 children per mother during childbearing years in 2000.

A comprehensive government health program treats such diseases as leprosy, sleeping sickness, malaria, filariasis, intestinal worms, and tuberculosis. Rates for immunization of children under the age of one were 97% for tuberculosis and 65% for polio. Immunization rates for DPT and measles were 37% and 56% respectively. Gabon has a domestic supply of pharmaceuticals from a large, modern factory in Libreville.

In June 2011, the United Nations Population Fund released a report on The State of the World's Midwifery. It contained new data on the midwifery workforce and policies relating to newborn and maternal mortality for 58 countries. The 2010 maternal mortality rate per 100,000 births for Gabon is 260.

The aim of this report is to highlight ways in which the Millennium Development Goals can be achieved, particularly Goal 4 – Reduce child mortality and Goal 5 – improve maternal death. In Gabon the number of midwives per 1,000 live births is 12 and the lifetime risk of death for pregnant women 1 in 110.

Ten percent of all births were low birth weight.

World Health Organization specialists and the government of Gabon took immediate action against the mid-1990s re-emergence of the Ebola virus.