Anyone who decides to visit Comoros must know that there they can find a culinary paradise. 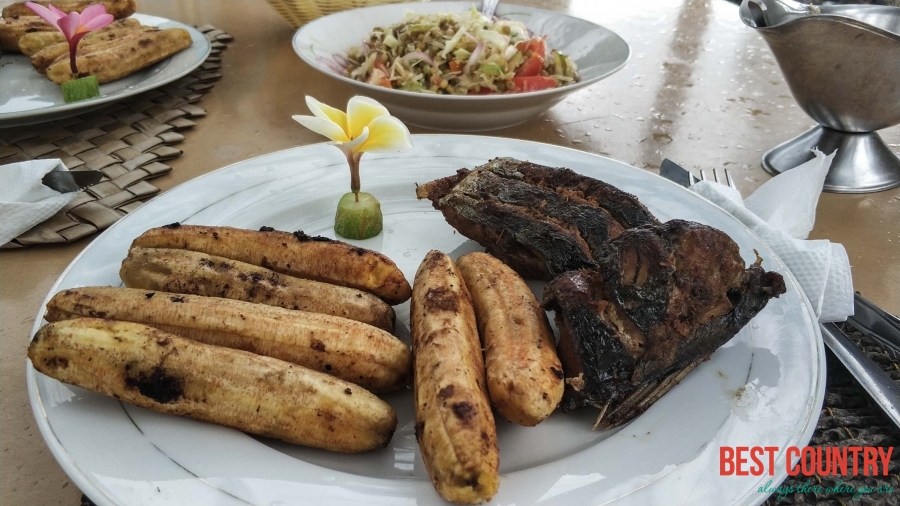 Officially named Union of the Comoros, this island country is located off the eastern coast of Africa on the northern end of the Mozambique Channel. At 2,235 km (863 sq mi) Comoros is the third smallest African nation by area.

But the flavors that travel into mouths from Comorian dishes are anything but small.

This is possible only because people like the French, Arabs, and other African people came to this country and left their mark on Comoros cuisine.

A typical Comoros meal should always contain rice and meat, seasoned with one of the many locally produced ingredients like vanilla, coriander, cardamom, cloves, cinnamon, and nutmeg.

Also very famous in this country are fish dishes like the one called “Langouste a la vanille” a very rich dish made with lobster boiled in vanilla sauce.

Need something filling? Try the stews—made with all kinds of Indian ingredients and vegetables like curries, chapattis, Lentil soups and a large variety of pickles.

On this island, many types of exotics ingredients and fruits like peppers, maize, chiles, tomatoes, bananas, pineapples, limes, and oranges can easily be found and used in cooking any dish.

If this is all too broad, here is a list of some national specialties: