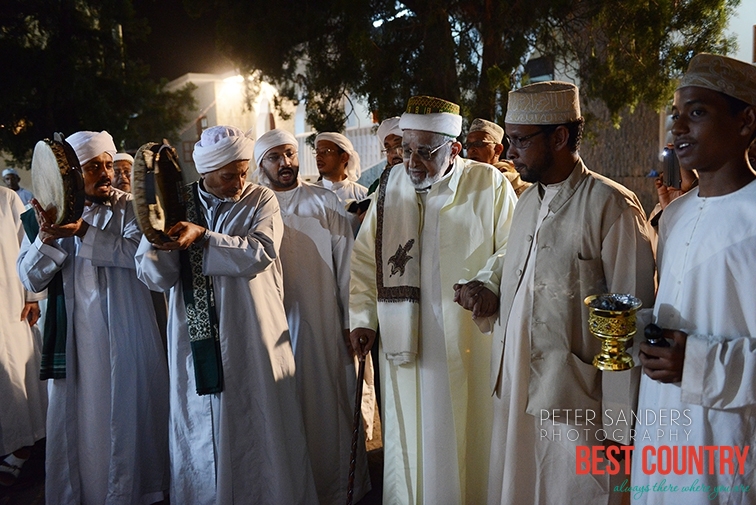 Islam is followed by about 99 percent of Comorians, almost all of whom are Sunni Muslims. Fewer than 400 citizens—approximately 1 percent of the population—are Christian, all of whom reportedly converted to Christianity within the last half of the 1990s. Small groups of foreigners are Hindus or Christians.

Following a 1999 military coup, the May 2000 constitution did not allow for freedom of religion. The December 2001 Constitution of Comoros does provide for this freedom, however, and also makes Islam the state religion.

The government tends to discourage the practice of other faiths. The practice of Christianity is particularly restricted. There are two Roman Catholic churches and one Protestant church. Since before the 1999 coup, the government has restricted the use of these churches to noncitizens only. Harassment and social discrimination of Christians is widespread. Proselytizing of Christianity is prohibited. The Grand Mufti, who is nominated by the president to serve in the Ministry of Islamic Affairs, serves as the government counsel on Islamic faith and law.

According to the 2006 estimate by the U.S. Department of State, roughly 98% of the population in the Comoros are Muslim. Islam and its institutions have helped to integrate Comorian society and provide identification with a world beyond the islands' shores. Most adherents are Arab-Swahili or Persian, but there are also people of Indian descent.

Comorians follow religious observances conscientiously and strictly adhere to religious orthodoxy. During colonization, the French did not attempt to supplant Islamic practices and were careful to respect the precedents of sharia as interpreted by the Shafi'i school of thought.

All Muslim holidays are observed, including Id al-Adha, Muharram, Ashura, Mawlid, Laylat al-Mi'raj and Ramadan. Mawlid is marked by celebrations culminating in a feast prepared for the ulama. Many women wear the shiromani, a printed cloth worn around the body. Comorians often consult mwalimus or fundi and marabouts for healing and protection from jinn. Mwalimus activate jinn to determine propitious days for feasts, a successful marriage, conduct healing ceremonies and prepare amulets containing Quranic ayat.

Christians are not allowed to witness publicly. They are subject to the denial of many civil rights. Christians are subject to societal disadvantage. There are foreign religious groups, that give humanitarian action. They do not engage in prozeliytizing however. Religious groups do not have the duty to register. A law states that who preaches another religion to Muslims, is subject to both a prison sentence and a fine. On Ngazidja Christian liberty is greater than in other parts of the Comoros.

There is a Roman Catholic church in Moroni, on the island of Ngazidja. Another Roman Catholic church is in Mutsamudu. There is a Protestant church in Moroni. According to the World Christian Encyclopedia (2nd edition), Volume 1, p. 208 there is at least one congregation of Seventh Day Adventists and the reformed Eglise de Jésus Christ aux Comores.

A small number of Indians in the Comoros are Hindu. Hinduism in both the independent Comoros and Mayotte plays a very small part in the islands' cultures, which are based on Islamic principles and local custom. However, Indian Hindus have contributed to the economy of the islands, most of them working as jewellers.