Uruguayan cuisine has a lot of European influence, especially from Italy and Spain, though expect to find a lot more meat due to the country’s abundant production of beef (and milk). We have included a list of typical Uruguayan dishes and food with what it is in English: 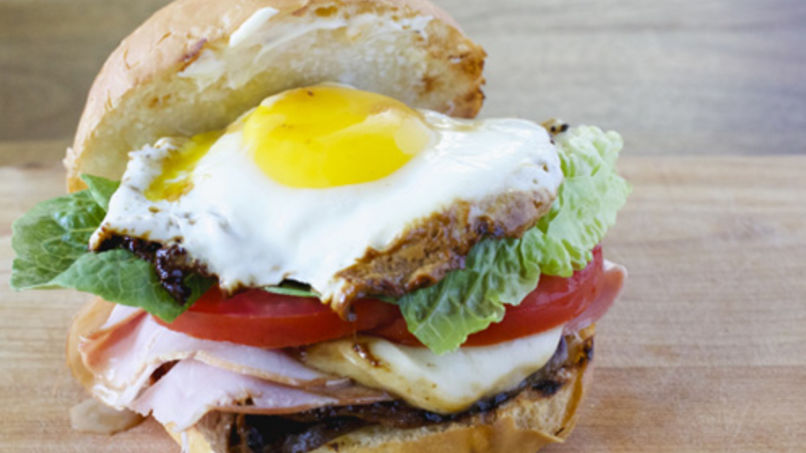 Asado - One of the most popular meals in Uruguay is the Asado or Barbecue. Note, this will most likely not be like the bbq that you see back home. Here you will be offered a much larger assortment of meat (all types of cuts) and often organ parts are grilled too. The asado is prepared on a special (large) grill called a parrilla and charcoal is used more than wood or gas. The uruguayan asado is truly heaven for all you carnivores out there.

Asado con cuero - (barbecue with skin/hide) This involves cooking the whole cow or sheep, “skin and all” (though not the inside parts). You will see the animal spread eagle on a cross near flames.

Chivito - a traditional Uruguayan sandwich with sliced steak, ham, cheese, eggs and mayonnaise. Some chivitos also have bacon added to it.

Choripan - grilled chorizo (a gourmet sausage) wedged inside a small baguette-style bread. Choripan is often eaten at the beginning of an asado.

Empanada - a type of pie/turnover which is commonly filled with ground beef (mince) or cheese.

Empanadas Gallegas - Is a fish pie filled with tuna, onions and bell peppers. Its name comes from the Galician immigrants who brought this food with them to Uruguay.

Faina- a thin chickpea flour bread, often served with fugazza and “pizza by the meter”.

Milenesa - beef (or chicken) that is crumbed and fried. It’s similar to a wiener schnitzel.

Milanesa Rellena - same as a normal milanesa though filled with cheese and ham.

Morcilla Dulce - a blood sausage with a slightly sweet taste due to raisins or walnuts being added to it.

Noquis - the pasta known as Gnocchi. There is a tradition of eating this dish on the 29th of each month and also to leave a coin or a bill underneath the plate to attract abundance and prosperity.

Pancho - The Uruguayan “hot dog” of a frankfurter (sausage) in a bun (called Pan de Viena) which is then covered in ketchup, mayonnaise or sometimes mustard.

Pascualina - a type of pie filled with spinach and egg and sometimes a combination of other vegetables.

Pizza por metro - literally “pizza by the metre” is a traditional Uruguayan Pizza, similar to a typical pizza though instead of being round it’s rectangular. It is cooked in big clay ovens with a variety of toppings and is sold by the metre.

Torta Frita - literally “fried cake” it is simply round flattened fried dough eaten by itself of with dulce de leche.

Alfajores - two shortbread cookies are filled with dulce de leche (see below) and covered with chocolate.

Bizcochos - a pastry that comes in many shapes and size. Many are sweet, some are savory and they a Uruguayan classic, especially at breakfast or during work breaks.

Chaja - a sponge cake covered in whipped cream with crushed meringue on top. Sometimes slices of peach are added. It comes from Paysandu.

Churros – a cylinder like fried pastry filled with “dulce de leche” and coated with icing sugar.

Dulce de Leche - a thick brown paste made from boiled milk, Dulce de leche is the number one sweet thing of Uruguay that is used to fill cakes, pastries and medialunas or as a spread on bread. This is the same Dulce de Leche you will find in Argentina and is similar to Manjar from Chile.

Flan - a dessert made from milk, eggs and sugar, usually topped with caramel and sometimes dulce de leche.

Garrapinadas – caramel covered peanuts that have a hint of vanilla. They are commonly bought in little bags on the streets of Uruguay.

Martin Fierro - a slice of cheese with a slice of quince preserve (dulce de membrillo - see above).

Pasta Frola - a quince tart (made with dulce de membrillo)

Ricardito - a cookie (or waffle) base topped with meringue then covered in chocolate. Now the meringue filling has a variety of flavors.

The merienda is a common custom in Argentina, Uruguay and Paraguay. It’s like a mini-breakfast they have in the afternoon around 5 or 6pm). In Uruguay, due to the amazing bakeries they have, pastries are often eaten accompanied by “caf con leche” (hot milk with coffee) or mate (see below).

The national drink of Uruguay is Grappamiel made from alcohol and honey.

Just like in Argentina, you will find many Uruguayans walking around with a thermos flask and a special cup for their hot drink called Mate (pronounced with two syllables, Ma-te). This consists of yerba mate (a type of plant) that has hot water (and sometimes sugar) added to it.