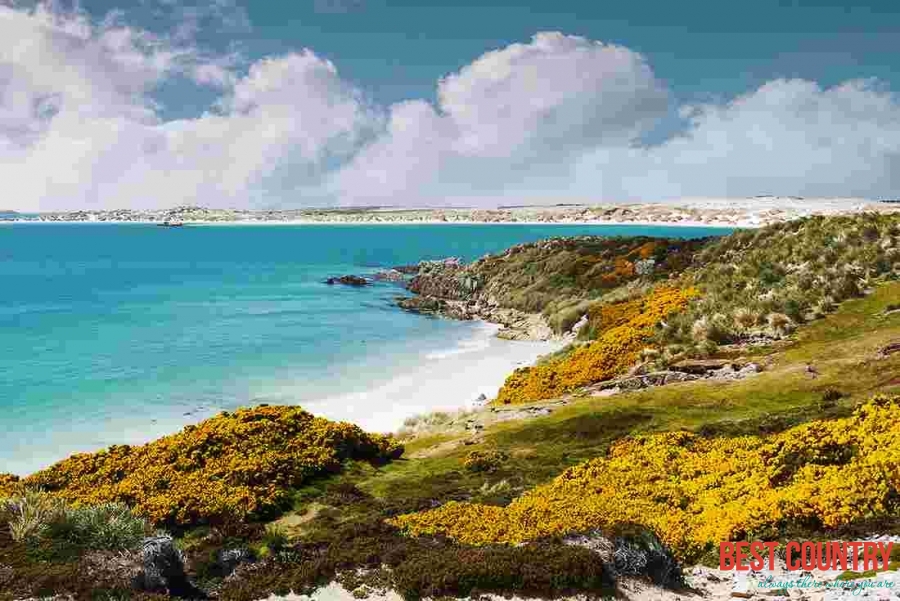 The Falkland Islands have a Maritime Subarctic climate that is very much influenced by the cool South Atlantic ocean and its northerly Patagonian current giving it a narrow annual temperature range.

The January average maximum temperature is about 13°C (55°F), and the July maximum average temperature is about 4°C (39°F). The average annual rainfall is 573.6 millimetres (22.58 inches) with East Falkland being generally wetter than West Falkland. Humidity and winds are however constantly high. Snow is rare but can occur at almost any time of year. Gales are very frequent, particularly in winter. The climate is similar to that of the Shetland islands in the United Kingdom, but with less rainfall and longer and slightly more severe winters.