Ottawa is the capital of Canada. The city is situated along the Ontario side of the Ottawa River.

There are many national museums and galleries in Ottawa and neighbouring Gatineau.

- Parliament Hill. The primary attraction for most visitors is Parliament Hill. Parliament Hill is in the middle of downtown Ottawa, overlooking the Ottawa River. Not only is the building a fine example of the Gothic revival style, it makes an excellent starting point to visit all other points of interest in the area.

- Canadian War Museum. Moved to a new building west of downtown in 2005 but still within walking distance of the downtown attractions, the museum presents Canada's involvement in armed conflict beginning with battles between the French and British, through to the World Wars, Korea, and the country's current involvement in NATO and UN operations.

- Museum of Civilization. This museum presents the story of Canada's population beginning with Aboriginal migration across the Bering Strait through European settlement by the Vikings around 1000 CE, and the British and French in the 1500s. The museum is full of a variety of items ranging from full size Salish totem poles to the recreation of a small prairie town complete with grain elevator. The museum also includes an exhibit on Canada Post and a separate museum for children. 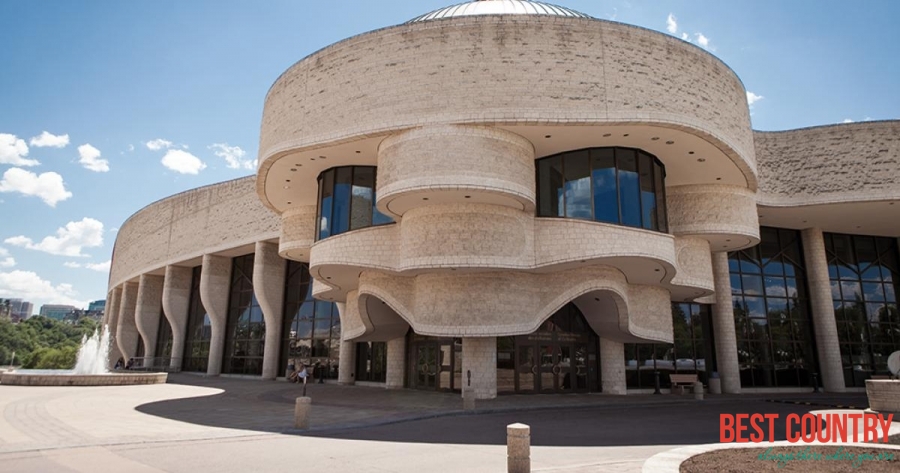 - Science and Technology Museum. The museum has several displays that are popular with children, including massive locomotives inside the building and electricity demonstrations.

- Canadian Museum of Nature. Galleries of fossils, mammals, birds and geology among
others.

- National Gallery.designed by famous architect Moshe Safdie, it is a permanent home to the Maman statue.

- Canada Agriculture Museum. A working animal farm in the city. You can visit animal barns, see various demonstrations and exhibitions, and ride on a horse-drawn wagon. The museum also has a playground and picnic area.

- Bytown Museum. A small museum at the foot of Parliament Hill with a focus on Ottawa's early history.

- Rideau Hall. The official residence of Her Majesty Queen Elizabeth II and her representative the Governor General of Canada.

- Diefenbunker - Canada's Cold War Museum. Built to protect the government from nuclear attack, this once-secret bunker is now a museum and National Historic Site of Canada. In addition to preserving and promoting Canada's Cold War history, the museum offers a variety of visitor programs and services. You can learn, play or shop as you discover the bunker's secrets and relive the experience of the Cold War.