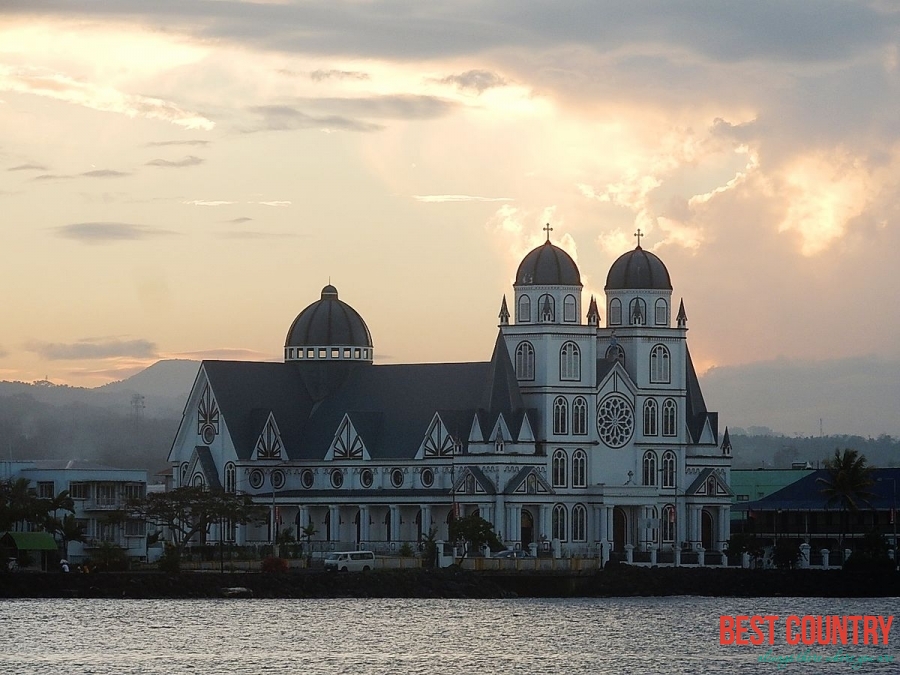 Religion in Samoa encompasses a range of groups, but 98% of the population of Samoa is Christian.The following is a distribution of Christian groups as of 2011 (the most recent census available): Congregational Christian (32 percent), Roman Catholic (19 percent), LDS (15 percent), Methodist (14 percent), Assemblies of God (8 percent) and Seventh-day Adventist (4 percent).

Groups together constituting less than 5 percent of the population include Baha'i, Jehovah's Witnesses, Congregational Church of Jesus, Nazarene, nondenominational Protestant, Baptist, Worship Centre, Peace Chapel, Samoa Evangelism, Elim Church, and Anglican. (According to A comparison of the 2006 and 2011 censuses shows a slight decline in the membership of major denominations and an increase in participation in nontraditional and evangelical groups.

Although there is no official estimate, there are reportedly small numbers of Hindus, Buddhists, and Jews, primarily in Apia. The country has one of the world’s eight Bah&#225;'&#237; House of Worship. There is a small Muslim community and one mosque.