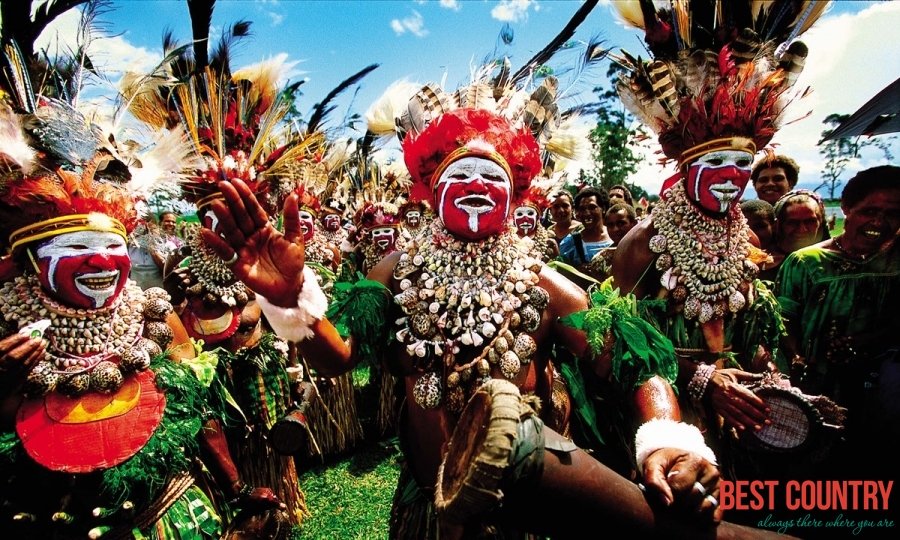 Papua New Guinea has one of the most diverse populations in the world. Over 700 different languages are spoken in the country with a population of 5 million. Most people in the country reflect two extremes in the cultural spectrum.

People from small villages still heavily rely on farming while the women remain responsible for daily household work such as gardening and caring for the young. They believe in black magic and they still practice ancient ways. At the same time, western influence has made its way into the culture of the country as many villagers use western-type tools and wear western attire.

The cultural shows and festivals in Papua Guinea remain a way for the locals to showcase their proud traditional customs and beliefs through dances, crafts, produce and rituals. This also provides a great opportunity for tourists to see the diverse cultural expressions of the country as they come together in an array of passion and color.

Mt. Hagen Show – There are about 700 different tribes of Papua New Guinea and most of them converge yearly on Mt. Hagen during the Mt. Hagen Cultural Festival. Deemed as the most popular festival in Papua New Guinea, the festival celebrates the tribes’ traditions and history as each tribe recreates its own legends. Find yourself being captivated by the beat of the drums as the locals put on a vibrant and energetic performance.

Tumbuan Mask Festival – With the aim of preserving the mask cultures of the country, this fascinating aspect of culture that remains prevalent in most societies comes to life during the Tumbuan Festival.

Goroka Show – The Goroka show is an intense display of the rich and vibrant culture of the country as tribes from all over the town of Goroka join together for days of music, dancing, and remarkable displays of tribal rituals.

Hiri Moale Festival – Originally celebrated to preserve the Hiri Trade expeditions of the Motu-Koitabu people and the Erema people found on the southwest coast of the country, the current Hiri Moale Festival features traditional dances, a beauty pageant, the arrival of traditional canoes, canoes racing, musical presentations and arts and crafts exhibitions.

Morobe Provincial Agricultural Show – This agricultural show is a display of poultry, mining and traditional materials used in building. The Morobe culture celebrates the show with traditional “Sing-Sing” groups from all over the province.

If you actually want to experience how the daily life of a Papua New Guinean Villager works, the best option is to spend a few days living in an actual tribal village. This will then enable you to have close encounters with the locals to learn about the diverse culture and festivals in Papua New Guinea.