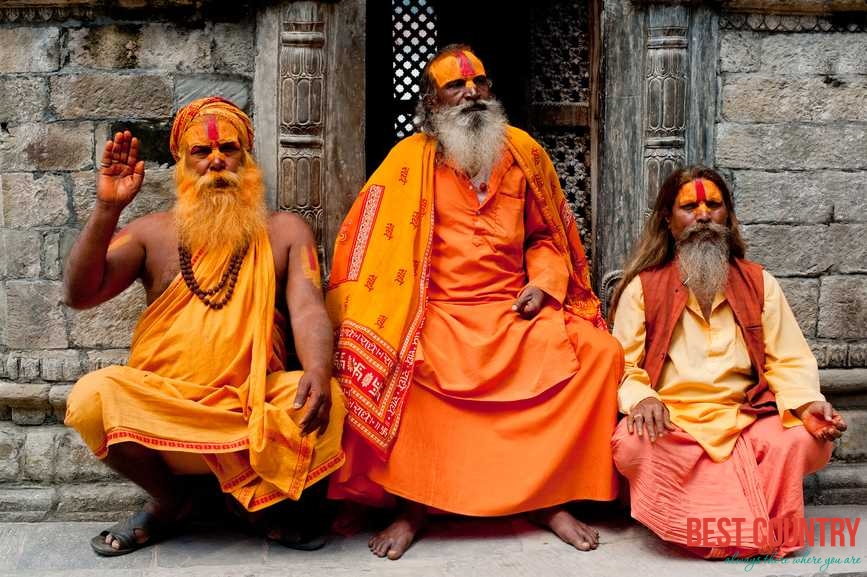 Religion in Nepal is not only a system of social coherence based on certain rituals and beliefs. It is the binding force that ties this mountain kingdom together. Though Nepal is famous as the world's only Hindu Kingdom, equal respect is given to other religions as well. Buddhism is the second largest religion followed in Nepal, others being Tantrism, Islam and Christianity.

Religion occupies an integral position in Nepalese life and society. In the early 1990s, Nepal was the only constitutionally declared Hindu state in the world. There is, however, a great deal of intermingling of Hindu and Buddhist beliefs.

Many of the people regarded as Hindus in the 1981 census could, with as much justification, be called Buddhists.

The fact that Hindus worshipped at Buddhist temples and Buddhists worshipped at Hindu temples has been one of the principal reasons adherents of the two dominant groups in Nepal have never engaged in any overt religious conflicts.

Because of such dual faith practic,es and mutual respect the differences between Hindus and Buddhists have been in general very subtle in nature.

Hinduism is the major religion of Nepal. In the 1991 census, approximately 89.5 percent of the Nepalese people identified themselves as Hindus. Buddhists and Muslims comprised 5.3 and 2.7 percent, respectively. The remainder followed other religions, including Christianity.

The national calendar of Nepal, Bikram Sambat (B.S.), is a solar Hindu calendar essentially the same to that widespread in North India as a religious calendar, and is based on Vedic principles of time-keeping.

The geographical distribution of religious groups revealed a preponderance of Hindus, accounting for at least 87 percent of the population in every region. Among the Tibeto-Nepalese, those most influenced by Hinduism were the Magar, Sunwar, and Rai peoples.

Buddhism in Nepal dates from the birth of Siddhartha Gautama himself. Nepal is the meeting point for Indian and Tibetan Buddhist teachers. The country became a repository of Buddhist Sanskrit literature and famous for its production of fine Buddhist art.

There has traditionally been a great deal of intermingling of Hindu and Buddhist beliefs. Many of the people regarded as Hindus in the 1981 census could also in some senses be called Buddhists.

Hindus worshipp at Buddhist temples and Buddhists at Hindu temples. The reason for this is that both Hinduism and Buddhism have common roots as religions, and over most of their history, have not been seen as separate communions, but rather rival tendencies within a shared religious tradition.