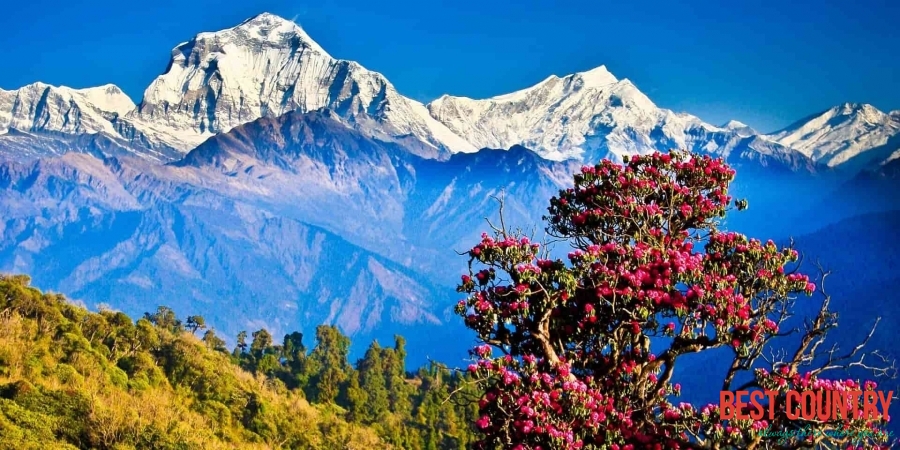 Climatic conditions of Nepal vary from one place to another in accordance with the geographical features.

In mountainous regions, hills and valleys, summers are temperate while winter temperatures can plummet under sub zero. The valley of Kathmandu has a pleasant climate with average summer and winter temperatures of 19°C – 35°C and 2°C – 12°C respectively.

The Himalayas act as a barrier to the cold winds blowing from Central Asia in winter, and forms the northern boundary of the monsoon wind patterns. Eighty percent of the precipitation is received during the monsoon (June-September).

Winter rains are more pronounced in the western hills. The average annual rainfall is 1,600 mm, but it varies by eco-climatic zones, such as 3,345 mm in Pokhara and below 300 mm in Mustang.An interesting fact is that there is no seasonal constraint on traveling in and through Nepal.

Even in December and January, when winter is at its severest, there are compensating bright sun and brilliant views. As with most of the trekking areas in Nepal, the best time to visit are during spring and autumn.

Spring is the time for rhododendrons while the clearest skies are found after the monsoon in October and November. However, Nepal can be visited the whole year round.