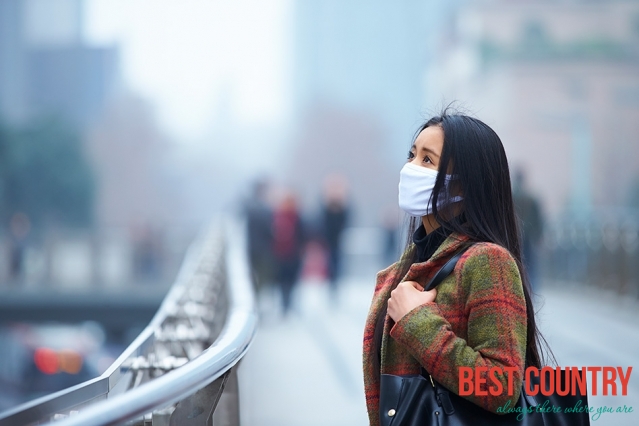 China is undertaking reform of its health-care system. The New Rural Co-operative Medical Care System (NRCMCS) is a 2005 initiative to overhaul the healthcare system, particularly intended to make it more affordable for the rural poor.

Under the NRCMCS, the annual cost of medical coverage is 50 yuan (US$7) per person. Of that, 20 yuan is paid in by the central government, 20 yuan by the provincial government and a contribution of 10 yuan is made by the patient. As of September 2007, around 80% of the rural population of China had signed up (about 685 million people). The system is tiered, depending on the location.

If patients go to a small hospital or clinic in their local town, the system will cover roughly 70-80% of their bill. If the patient visits a county clinic, the percentage of the cost being covered falls to about 60%. If the patient requires a specialist in a modern city hospital, the plan would cover about 30% of the bill.

China's health indicators include the nation’s fertility rate of 1.8 children per woman (a 2005 estimate) and the infant mortality rate per 1,000 live births was 25.3 (a 2004 estimate).[citation needed]

Health expenditures on a purchasing power parity (PPP) basis were US$224 per capita in 2001, or 5.5 percent of gross domestic product (GDP).

Some 37.2 percent of public expenditures were devoted to health care in China in 2001. However, about 80 percent of the health and medical care services are concentrated in cities, and timely medical care is not available to more than 100 million people in rural areas.

To offset this imbalance, in 2005 China set out a five-year plan to invest 20 billion renminbi (RMB; US$2.4 billion) to rebuild the rural medical service system composed of village clinics and township- and county-level hospitals.

China has one of the longest recorded history of medicine records of any existing civilization. The methods and theories of traditional Chinese medicine have developed for over two thousand years.

Western medical theory and practice came to China in the nineteenth and twentieth centuries, notably through the efforts of missionaries and the Rockefeller Foundation, which together founded Peking Union Medical College.

Various traditional preventative and self-healing techniques such as qigong, which combines gentle exercise and meditation, are widely practiced as an adjunct to professional health care.

Although the practice of traditional Chinese medicine was strongly promoted by the Chinese leadership and remained a major component of health care, Western medicine gained increasing acceptance in the 1970s and 1980s.

In practice, however, this combination has not always worked smoothly. In many respects, physicians trained in traditional medicine and those trained in Western medicine constitute separate groups with different interests.

For instance, physicians trained in Western medicine have been somewhat reluctant to accept unscientific traditional practices, and traditional practitioners have sought to preserve authority in their own sphere.

Although Chinese medical schools that provided training in Western medicine also provided some instruction in traditional medicine, relatively few physicians were regarded as competent in both areas in the mid-1980s.

The extent to which traditional and Western treatment methods were combined and integrated in the major hospitals varied greatly.

Such approaches are believed to be most effective in treating minor and chronic diseases, in part because of milder side effects.

A traditional method of orthopedic treatment, involving less immobilization than Western methods, continued to be widely used in the 1980s.

After 1949 the Ministry of Public Health was responsible for all health-care activities and established and supervised all facets of health policy.

Along with a system of national, provincial, and local facilities, the ministry regulated a network of industrial and state enterprise hospitals and other facilities covering the health needs of workers of those enterprises. In 1981 this additional network provided approximately 25 percent of the country's total health services.

Health care was provided in both rural and urban areas through a three-tiered system. In rural areas the first tier was made up of barefoot doctors working out of village medical centers.

They provided preventive and primary-care services, with an average of two doctors per 1,000 people; given their importance as health care providers, particularly in rural areas, the government introduced measures to improve their performance through organised training and an annual licencing exam.

At the next level were the township health centers, which functioned primarily as out-patient clinics for about 10,000 to 30,000 people each. These centers had about ten to thirty beds each, and the most qualified members of the staff were assistant doctors.

The two lower-level tiers made up the "rural collective health system" that provided most of the country's medical care. Only the most seriously ill patients were referred to the third and final tier, the county hospitals, which served 200,000 to 600,000 people each and were staffed by senior doctors who held degrees from 5-year medical schools.

Utilisation of health services in rural areas has been shown to increase as a result of the rise in income in rural households and the government's substantial fiscal investment in health.

Health care in urban areas was provided by paramedical personnel assigned to factories and neighborhood health stations. If more professional care was necessary the patient was sent to a district hospital, and the most serious cases were handled by municipal hospitals.

To ensure a higher level of care, a number of state enterprises and government agencies sent their employees directly to district or municipal hospitals, circumventing the paramedical, or barefoot doctor, stage.