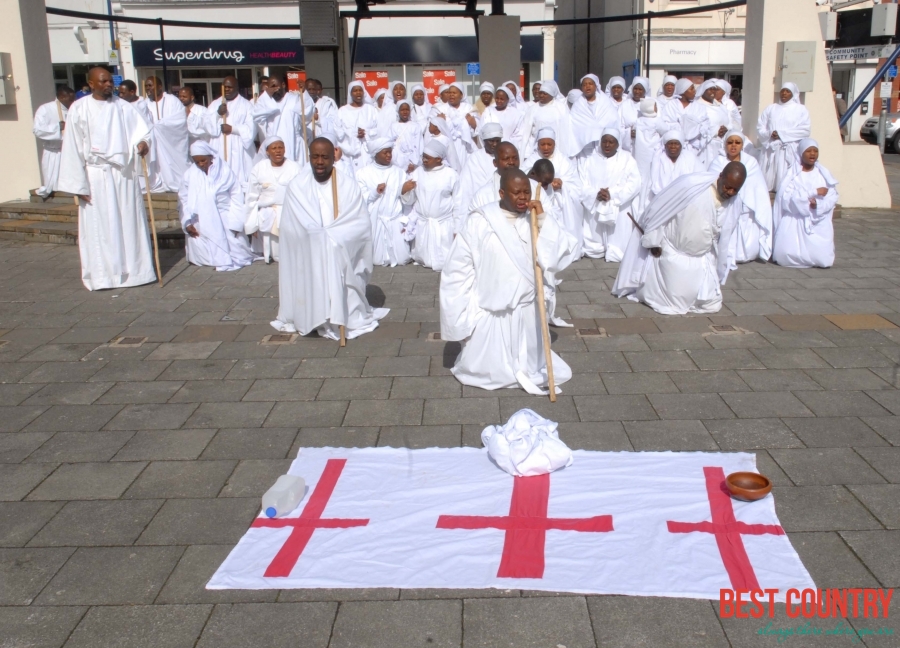 It is estimated that between 60 and 70 percent of Zimbabweans belong to mainstream Western Christian denominations such as Roman Catholicism, Anglicanism, and Methodism; however, over the years a variety of indigenous churches and groups have emerged from these mainstream denominations.Charismatic Evangelical denominations, primarily Pentecostal churches and apostolic groups, were the fastest growing religious classifications in the years 2000 to 2009.

While the country is overwhelmingly Christian, the majority of the population continues to believe, to varying degrees, in indigenous religions as well. Religious leaders also reported an increase in adherence to traditional religion and shamanic healers.

Islam accounts for 1 percent of the population while the remainder of the population includes practitioners of Orthodox Christianity, Judaism, and traditional indigenous religions. There are also small numbers of Hindus, Buddhists, Baha'is, and atheists.

While political elites tend to be associated with one of the established Christian churches, there is no correlation between membership in any religious group and political or ethnic affiliation.

Foreign missionary groups are present in the country.