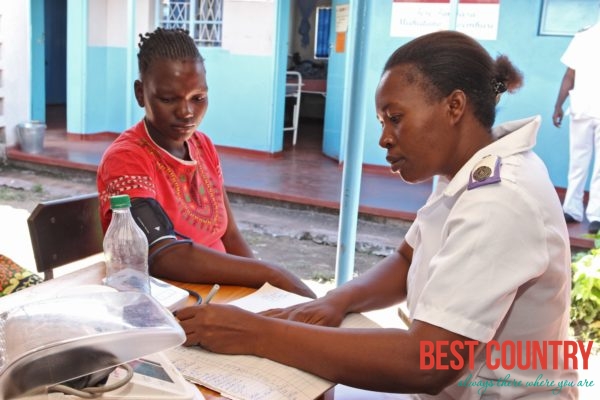 Zimbabwe is a country that has been fighting against many diseases, some of which are incurable due to their poor health care system.

Zimbabwe had an average life expectancy of 55.68 years according to the 2014 CIA estimate.

A cholera epidemic in Zimbabwe that began in August 2008, swept across the country and spread to Botswana, Mozambique, South Africa and Zambia. By 10 January 2010 there had been 98,741 reported cases and 4,293 deaths making it the deadliest African cholera outbreak since 1993.The Zimbabwean government declared the outbreak a national emergency and requested international aid.

Zimbabwe was and still is one of the countries that were strongly afflicted by HIV/AIDS.[8] Many of the males were affected, hence leaving many widowed females. This happened to bring on a sense of independence and the role of the breadwinner for the females – changing the roles of the sex.

The immensity of this health issue can be clearly determined through this particular statistics: every one in five children are orphaned due the HIV/AIDS crisis – making an overall number of approximately 1 million orphans due to AIDS in 2011.

Africa is the top continent where tuberculosis occurs frequently, as it reached an estimated value of 2.3 million for incidences in 2010 by the World Health Organization.

This is an optimistic result from the goals that the Zimbabwean government – the Ministry of Health and Child Welfare – has set up, in order to decrease the infant/child mortality rates.

Many of the commonly occurring diseases which often to lead to death are regarding hunger – nutritional deficiencies are causes of much infant mortality in Zimbabwe. HIV/AIDS is also an immense conflict in Zimbabwe – it also affects their infant mortality. HIV/AIDS is transmitted many ways, one of which is through the process of giving birth – passing through the birth canal and breast feeding.

As the number of mothers infected with HIV/AIDS increases, the number of infant mortality due to HIV/AIDS will also increase. HIV/AIDS is also one of the eight Millennium Development Goals that is wished to be achieved by Zimbabwe.

According to the UNDP, maternal death mainly occurs due to AIDS-related diseases, hemorrhaging, and hypertension. In many cases, the pregnant women and mothers lack in iron, causing iron deficiency anaemia; some women also deal with neural tube birth defects – all of these which may be passed onto their children.