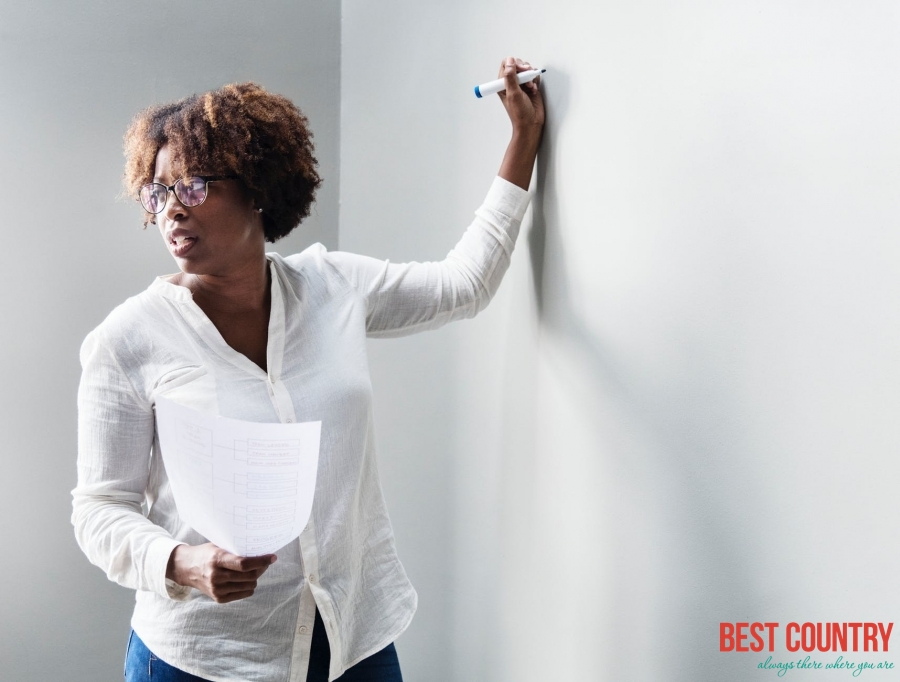 Education in the government-run schools of Zimbabwe was made free in 1980 and inequities remaining from the colonial system were lessened. Education was declared a basic human right in Zimbabwe and a non-racial system pursued.

However, since 1988, the government has steadily increased the charges attached to school enrollment until they now greatly exceed the real value of fees in 1980. All children in Zimbabwe have the right to education. However, both development levies and tuition fees must be paid. Tuition fees have historically been very low, though development levies have been impediments.

Zimbabwe’s education system was once among the best in Africa, though is currently suffering from a detrimental decline in public funding in conjunction with hyperinflation and political unrest. Until the mid-1990s, Zimbabwe had achieved primary education for all and secondary education for the majority (65 percent).

“In the mid-1990s there was a national O-level pass rate of 72 per cent. Last year [2007] it crashed to 11 per cent”.This culminated in the cancelling of the school year in 2008. Teachers have gone on strike in recent years over low salaries, poor working conditions, political violence and election results, further exasperating[sic] the situation. The author probably meant "exacerbating", but the word used is nearly as relevant.

UNICEF asserts that 94 percent of rural schools, serving the majority of the population were closed in 2009 and 66 of 70 schools abandoned. The attendance rates plummeted from over 80 percent to 20 percent.

Learning only resumed in urban cases where teachers’ salaries were covered in US dollars by parents, creating a widening gap between rural and urban schools, and further incensed  by a mass fleeing of teachers to neighbouring countries.

Again, the author probably meant "increased", though the word used is nearly as relevant. Urban “type A” schools continue to be better equipped than their rural mission and government sponsored counterparts, causing discrepancies.

Economic downturn has caused numerous vulnerable schoolchildren to drop out over the years, though new programmes aim to rectify the situation. Recently, large investments in education have been provided by UNICEF, the international donor community and the Government of Zimbabwe, through the Educational Transition Fund (ETF) and The Basic Education Assistance Module (BEAM). BEAM aims to offset costs for orphans and vulnerable children (OVCs).

These funds together help combat problems associated with deteriorating buildings, lack of supplies and shortage of resources in general. UNICEF aims to supply each schoolchild with textbooks through BEAM and in 2011, for the first time in decades, around 13 million textbooks will be delivered to Zimbabwe’s primary schools made possible by donations from Scandinavian countries and Germany.

Other challenges face the education sector in Zimbabwe, including having a lower proportion of female students, though The Education Act provides for equal access.

With limited resources, parents often choose to send the boy to school rather than the girl. “Hot-sitting” or “double sitting” is another common occurrence that masks the shortage of schools in the country as one group of students come in the morning and then another new group studies in the afternoon or evening.

Zimbabwe's education system consists of 7 years of primary, 6 years of high school before students can enter a university in country or abroad. The academic year in Zimbabwe runs from January to December, with three-month terms, broken up by one month holidays, with a total of 40 weeks of school per year.

National examinations are written during the third term in November, with "O" level and "A" level subjects also offered in June. These are administered by the Zimbabwe Schools Examination Council.

A major characteristic of Zimbabwean schools is the high priority given to sports, clubs and activities by the community, the parents, the schools and the students themselves. Extracurricular activities are educational activities not falling within the scope of the regular curriculum but under the supervision of the school.

These activities can extend to large amounts of time outside the normal school day; home-schooled students, however, are not normally allowed to participate. Student participation in sports programs, drill teams, bands, and spirit groups can amount to hours of practices and performances.

Primary school (Grade 1) starts from age six: children applying for Grade 1 intake are supposed to be turning six before August of the previous year. Secondary school intake (Form 1) is on the basis of successful completion of Grade 7. Thus most children starting Form 1 are in the year when they turn 13 years old.