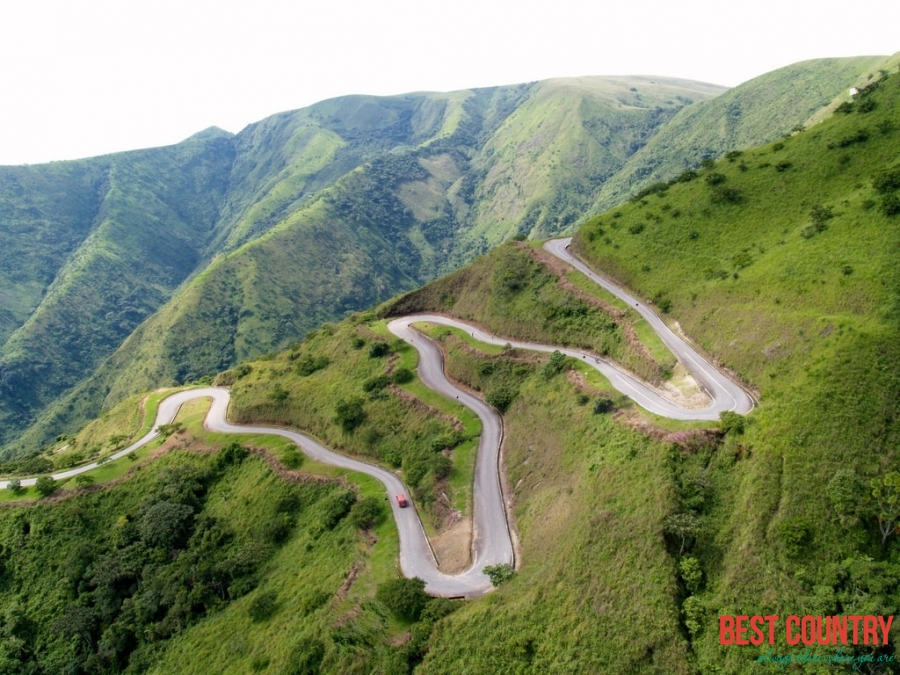 As in most of West Africa, Nigeria's climate is characterized by strong latitudinal zones, becoming progressively drier as one moves north from the coast. Rainfall is the key climatic variable, and there is a marked alternation of wet and dry seasons in most areas.

Two air masses control rainfall--moist northward-moving maritime air coming from the Atlantic Ocean and dry continental air coming south from the African landmass. Topographic relief plays a significant role in local climate only around the Jos Plateau and along the eastern border highlands.

In the coastal and southeastern portions of Nigeria, the rainy season usually begins in February or March as moist Atlantic air, known as the southwest monsoon, invades the country. The beginning of the rains is usually marked by the incidence of high winds and heavy but scattered squalls.

The scattered quality of this storm rainfall is especially noticeable in the north in dry years, when rain may be abundant in some small areas while other contiguous places are completely dry. By April or early May in most years, the rainy season is under way throughout most of the area south of the Niger and Benue river valleys. Farther north, it is usually June or July before the rains really commence.

The peak of the rainy season occurs through most of northern Nigeria in August, when air from the Atlantic covers the entire country. In southern regions, this period marks the August dip in precipitation. Although rarely completely dry, this dip in rainfall, which is especially marked in the southwest, can be useful agriculturally, because it allows a brief dry period for grain harvesting.

These dust-laden winds, known locally as the harmattan, often appear as a dense fog and cover everything with a layer of fine particles. The harmattan is more common in the north but affects the entire country except for a narrow strip along the southwest coast. An occasional strong harmattan, however, can sweep as far south as Lagos, providing relief from high humidities in the capital and pushing clouds of dust out to sea.

Given this climatological cycle and the size of the country, there is a considerable range in total annual rainfall across Nigeria, both from south to north and, in some regions, from east to west. The greatest total precipitation is generally in the southeast, along the coast around Bonny (south of Port Harcourt) and east of Calabar, where mean annual rainfall is more than 4,000 millimeters.

North of Kaduna, through the northern Guinea savanna and then the Sudan savanna zones, the total rainfall and the length of the rainy season decline steadily. The Guinea savanna starts in the middle belt, or southern part of northern Nigeria. It is distinguished from the Sudan savanna because it has more trees whereas the Sudan few trees. Rainy seasons decline correspondingly in length as one moves north, with Kano having an average rainy period of 120 to 130 days, and Katsina and Sokoto having rainy seasons 10 to 20 days shorter. Average annual rainfall in the north is in the range of 500 to 750 millimeters.

The regularity of drought periods has been among the most notable aspects of Nigerian climate in recent years, particularly in the drier regions in the north. Experts regard the twentieth century as having been among the driest periods of the last several centuries; the well publicized droughts of the 1970s and 1980s were only the latest of several significant such episodes to affect West Africa in this century.

At least two of these droughts have severely affected large areas of northern Nigeria and the Sahel region farther north. These drought periods are indications of the great variability of climate across tropical Africa, the most serious effects of which are usually felt at the drier margins of agricultural zones or in the regions occupied primarily by pastoral groups.

Although average temperatures vary little from coastal to inland areas, inland areas, especially in the northeast, have greater extremes. There, temperatures reach as high as 44° C before the onset of the rains or drop as low as 6° C during an intrusion of cool air from the north from December to February.