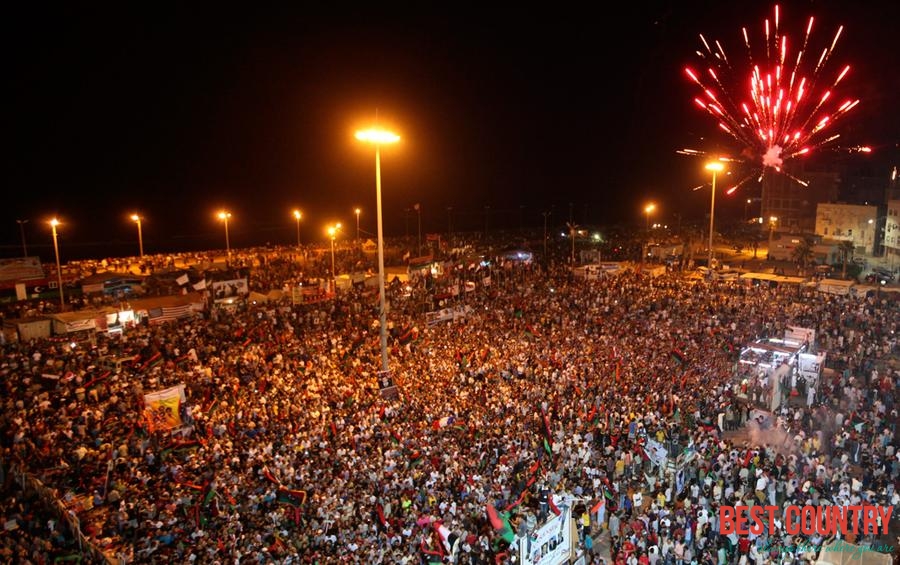 While Libya's holidays include religious festivals such as Eid al-Fitr and political occasions like Evacuation Day -- celebrated on three separate occasions each year to mark the withdrawal of British, U.S. and Italian troops -- it also hosts a number of cultural festivals complete with feasts, music and dancing.

Ghadames International Festival is one of the Sahara's most colorful events, a three-day celebration of the traditions of the nomadic Tuareg people. Set in the ancient town of Ghadames in west Libya, the festival has long revolved around the town's premiere export: dates. In addition to scaling the date palms for the harvest, converting much of the old city into an open marketplace and holding horse and camel races outside the city walls, the Tuareg join with Arabs and Berbers for feasting, singing and dancing.

While the original Ghadames Festival, run by the residents of the old town of Ghadames, is generally held on varying dates in October, a rival Tuareg Festival occurs annually on September 2, instituted by the Tuareg living outside the old city.

Set in a Tuareg oasis deep in the Libyan interior is another cultural festival. The town of Ghat -- surrounded by desert, dunes and the dramatic Acacus range -- houses its own ancient medina, or walled city. The festival takes place here, with music, dancing, Tuareg camel racing and traditional crafts on display for locals and foreign visitors to enjoy. The Ghat Festival occurs alternately in November and December, and lasts for three days.

The Nalut Spring Festival celebrates local traditions, industries and culture, much like the Ghadames and Ghat festivals. Set in the impressive old town of Nalut in the Jebel Nafusa of western Libya, the festival showcases crafts and features parades, traditional music and nightly dance performances. Growing in popularity among visitors to Libya -- partly due to its proximity to Ghadames, one of the country's top tourist destinations -- the three-day festival is held in late March.

Coinciding with the highest temperatures of summer in July through early September, the Awessu Festival in Zuwarah, a beach destination along the northern coast, consists of ceremonies tracing their roots to pre-Islamic times. To mark the beginning of this special period, ancient Libyans in Zuwarah reportedly bathed naked in the sea, diving seven times and spraying the water into the air.

They also brought possessions and livestock into the water for ritual bathing. As Islamic Libya has come to view such ancient observances as somewhat promiscuous, the festival today mainly consists of sailing and swimming races as well as folk music, dancing and generous traditional feasts.