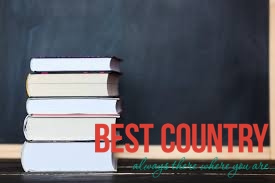 Primary education is both free and compulsory in Libya. Children between the ages of 6 and 15 attend primary school and then attend secondary school for three additional years (15- to 18-year-olds). According to figures reported for the year 2000, approximately 766,807 students attended primary school and had 97,334 teachers; approximately 717,000 students were enrolled in secondary, technical, and vocational schools; and about 287,172 students were enrolled in Libya’s universities.

In the early 1980s, estimates of total literacy were between 50 and 60 percent, or about 70 percent for men and 35 percent for women, but the gender gap has since narrowed, especially because of increased female school attendance.