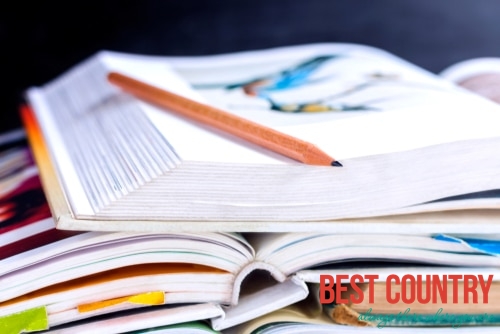 Education in Ivory Coast continues to face many challenges. The literacy rate for adults remains low: in 2000, it was estimated that only 48.7% of the total population was literate (60.8% of males and 38.6% of females).

A large number of technical and teacher-training institutions also provided post primary and post secondary education. There was no system of adult education, although many adults attended night courses or, in rural areas, received literacy and other instruction via radio.

Most public schools were tuition free, although students pay an entrance fee and buy uniforms. Most supplies were free, and some students received government scholarships, usually in return for a period of government employment after graduation.

In 1980 approximately 14 percent of primary schools and 29 percent of secondary schools were private. Most of these were Catholic, staffed by religious and lay teachers, with salaries partially subsidized by government funding.

Catholic schools operated primarily in the south and east but were also located throughout the country. Religious instruction was not permitted in government schools. Quranic schools were common in the north and were tolerated, but not supported, by the government. Some students attended both public and Quranic schools.

The school year was divided into three terms, beginning in September and separated by short Christmas and Easter holidays and a two-month summer recess. The average week consisted of approximately thirty hours of classes, Monday through Saturday morning. Most instruction encouraged mental discipline more than analytical thinking or creativity, by emphasizing rote memorization and oral recitation.

Children entered primary school at the age of seven or eight and passed through six grades, divided into preparatory, elementary, and intermediate levels. In the first six months, students mastered French, the language of instruction.

About 250,000 students, or about 19 percent of primary-school graduates, attended government-funded secondary schools in 1987. Most of those preparing for university attended a collège or lycée, both of which included seven years of study divided into two cycles. Significant differences between these two institutions almost disappeared in the decades following their introduction by the French, but the lycée was generally administered by the national government and the collège by the municipal government with national funding.

After the first cycle or four years of secondary school, students took exams and were awarded the certificate of the lower cycle of secondary study (brevet d'étude du premier cycle - BEPC). This qualification generally allowed them to continue at the collège or lycée, enter a teacher-training institution, or find an entry-level job in commerce or government.

After the second cycle of three years of study, graduates earned the baccalauréat, which indicated a level of learning roughly equivalent to one or two years of university study in the United States. In Ivory Coast, as in France, it qualified a student for university entrance.

Secondary-school enrollments grew at a rate of about 11 percent per year from 1960 to 1984, but that rate has declined since 1984. The dropout rate was especially high for girls, who made up only 18 percent of the student body during the last two years of secondary school. An average of one-fourth of all secondary students received the baccalauréat.

Complementary courses were the most common type of alternative secondary education, administered as four-year programs to improve the academic education of those who did not qualify for collège or lycée.

Complementary courses were established during the 1950s, when expanding educational opportunities was a high priority, and they were located throughout the country to compensate for the urban bias in secondary education. Complementary courses often provided a combination of academic and practical training, leading to an elementary certificate (brevet élémentaire—BE) or the BEPC, and enabled some students to enter the second cycle at a collège or lycée, or a vocational training institution.

Additional secondary-level courses were administered by religious organizations, most often the Catholic Church. These courses consisted of seven years of study divided into two cycles, with a certificate of completion awarded after each cycle.

Teacher training was available, often as an alternative to academic university preparation, at a variety of postprimary levels. Secondary-level teacher training could lead to a BE certificate and admission to a normal school (école normale), which might also be attended by students who left lycées or collèges after the first four years of study.

Still heavily dependent on French assistance, it included faculties of law, sciences, and letters and schools of agriculture, public works, administration, and fine arts. Other institutions of higher learning, known as grandes écoles, awarded certificates of training in specialized fields in cooperation with, but not as part of, the national university.

Teachers' salaries were generally higher than salaries of civil servants with similar qualifications in the mid-1980s, although many people still left teaching for more lucrative professions. The government responded to teacher shortages with a variety of training programs and short courses and by recruiting expatriates to teach at the secondary and postsecondary levels.

Teachers were organized into a number of unions, most of them incorporated into the government-controlled central union federation, (the General Union of Ivoirian).

The National Union of Secondary School Teachers of Ivory Coast—SYNESCI and two smaller unions remained outside the UGTCI and were outspoken in their criticism of government educational policies and educational finances in particular. Despite this tradition of criticism, many government officials achieved political office through leadership positions in the teachers union.